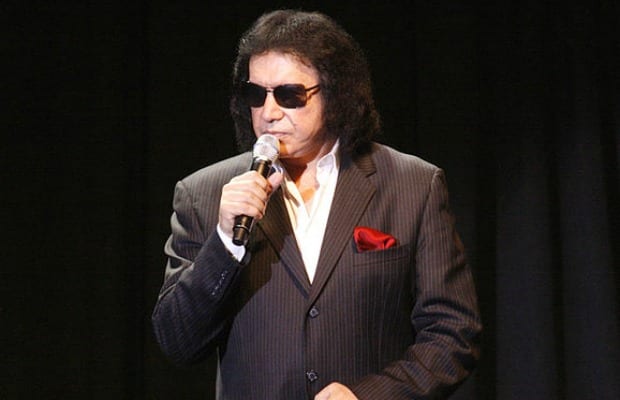 Berry died on March 18 at the age of 90. The musician was long recognized as a founder of rock and roll music, influencing rock popularizers such as the Beatles, the Beach Boys and the Rolling Stones.

Chuck Berry's memorial took place on Sunday in his hometown of St. Louis. The funeral service occured at the Pageant, a hall located just blocks away from Blueberry Hill’s Duck Room, a venue where Berry played a monthly show for many years. (via Ultimate Classic Rock)

Simmons apparently gave a surprise spech at Berry's memorial. In the touching tribute, the Kiss bassist reportedly became choked up when talking about the rock and roll originator. Simmons told the gathering he was wearing dark sunglasses to try and hide his tears.

“These shades are going to help me a lot, because in the back of them are real tears.”