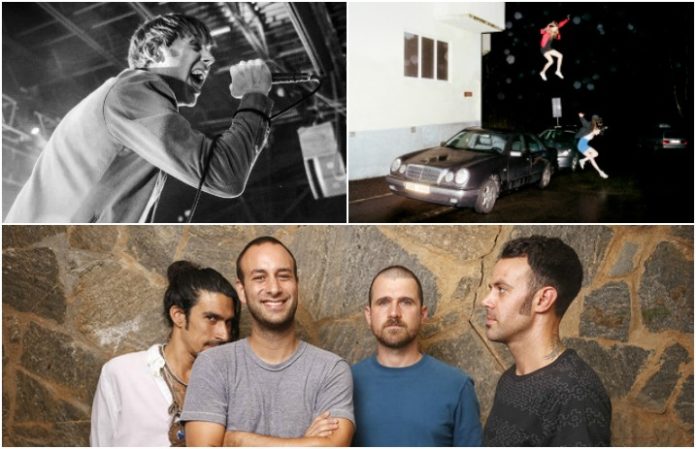 Thursday frontman Geoff Rickly is discussing the impact of Brand New's Science Fiction on a new episode of the Vinyl Me, Please podcast. Check out what Rickly has to say about the album, and hear the podcast, below.

Speaking to Vinyl Me, Please host Tyler Barstow, Rickly declares of Science Fiction, “There’s nothing to not like about this record if you like Brand New.” The Thursday singer (and No Devotion member and United Nations associate) recounts an abandoned, first attempt to listen to the long-awaited fifth album from Brand New while on a drive to the beach, before ultimately diving in at a more appropriate time to gain a deeper appreciation of the new material.

“It's a crazy record,” says Rickly, “and the way they announced it is crazy too,” referring to the album's mysterious lead-up. “I started seeing … that people had been sent burnt CDs. … I immediately thought that it was a red herring.”

Getting down to brass tacks, Rickly says of Brand New's Science Fiction, “It doesn't matter whose record this is, it's just great. I don’t even think they thought, 'We’re Brand New, we need to do X, Y, or Z,' they just thought, 'What would be the ultimate album that any of us would want to do right now?'”

Rickly, who has previously toured alongside Brand New, also delves into the past to share some stories of his first encounter with the band's singer and guitarist, Jesse Lacey: “They ended up opening up for us at this big festival in Long Island. … Jesse jumped off of a giant guitar stack with a guitar.”

Listen to “Science Fiction And The End Of Brand New” on Vinyl Me, Please: