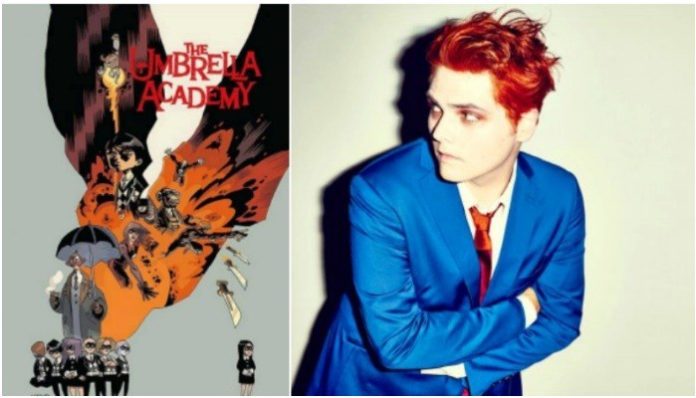 Way took to Instagram to share an official promo shot of the Netflix adaptation of his comic book series the Umbrella Academy.

The singer shared the new promo with the caption: “Check it out! Super excited that everything keeps moving at an amazing pace for our Netflix Umbrella Academy series!”

Check it out! Super excited that everything keeps moving at an amazing pace for our Netflix Umbrella Academy series! #umbrellaacademy #netflix @umbrellaacad

It was previously thought that the new show would be making its small screen debut sometime in 2018, but it looks like it won’t be coming until 2019, according to the show’s official Twitter that is.

We can’t wait for the new show, even if we have to wait another year.

The story follows the family as they “work together to solve their father’s mysterious death while coming apart at the seams due to their divergent personalities and abilities.”

Way officially that the announced the project would officially be headed to Netflix, with a reported 10-episode series, back in July.

“I am thrilled that the Umbrella Academy has found a home at Netflix,” Way said. “I couldn’t think of a better place for the vision Gabriel Bá and myself had when creating the comic and cannot wait for people to experience that world as a live-action show.”

Are you excited for the new Umbrella Academy series? Sound off in the comments below!