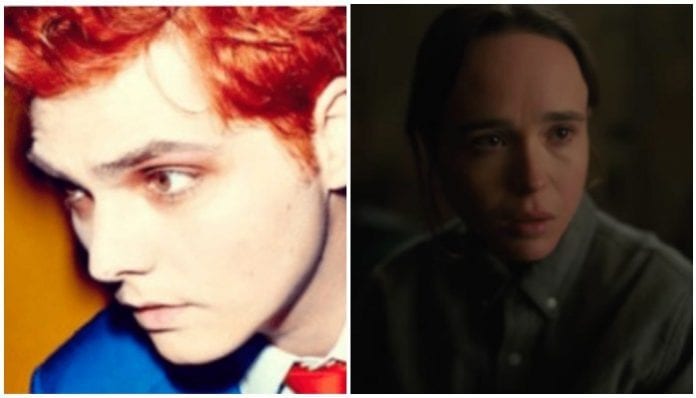 Gerard Way’s The Umbrella Academy is finally on Netflix, and if you’re like us, you’ve probably binge-watched the entire thing already.

The former My Chemical Romance frontman opened up to the New York Times about his inspiration for the comics, his creative process and working with Liza Minnelli on the Black Parade album.

Way started by discussing how he wanted to create art that didn’t exist yet. He also wanted to make things he wanted to listen to or read. He also talked about how he connected to his audience despite people expecting failure out of him.

“The first issue came out, and I think a lot of people expected it to be pretty bad. I mean, I came from a rock band,” Way said.

“Not a lot of people knew my history of having written a comic at 15, going to the School of Visual Arts for cartooning and illustration, studying comics for many years, then interning at DC Comics. A lot of people just expected some sort of vanity project.”

He later discusses the production of the series and how he wanted to work with the showrunner everyday. However, it didn’t work out due to his busy schedule. Instead. showrunner Steve Blackman had control, but Way never felt like he wasn’t listened to.

Also, the biggest change from the comics to the series was having a more diverse cast than was written.

“I thought that was a massive improvement. It was something we all talked about really early on,” Way said. “We have this really great opportunity because these kids are adopted from all over the world, and they could really be from anywhere.”

The reporter asked Way why he didn’t initially write the characters that way. He was honest about his reason, or lack thereof.

“I wasn’t a very good listener. I spent a lot of years just shouting and being on stage and being in control of things,” Way said.

“I didn’t understand other people’s stories, and what I learned to do over the years is kind of shut my mouth and listen to people of different ethnicities and take a look at their struggles.”

To completely flip the script, Way was asked about how he ended up working with Liza Minnelli on the Black Parade.

“I love Liza Minnelli. ‘Black Parade’ was very theatrical, and we had this song ‘Mama,’ and I said, ‘You know, it would be really great in this one part to get Liza,’” he said.

“Rob Cavallo, the producer, made a couple of calls and she said she would love to do it. We recorded that remotely …  It was really cool. The first time I got to speak to her was through the mixing board.”

The Umbrella Academy is available on Netflix now.