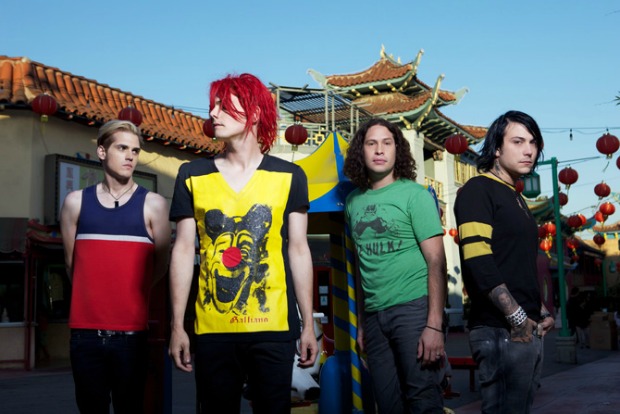 My Chemical Romance vocalist Gerard Way and bassist Mikey Way appear on today's installment of Kevin Smith's Smodcast. In the midst of the 2-hour episode, the Way brothers reveal details of their working on a new episode of The Aquabats Super Show.

Co-written by Gerard, the Aquabats Super Show episode titled “Anti-Bats Are Go” is described as “the Superman II version of The Aquabats.” It features a thrashcore band called Asthma, and Mikey Way makes his acting debut playing the singer.

Last month, Gerard tweeted about co-directing a television show, presumably the aforementioned one:

On my way to Salt Lake to co-direct my first episode of TV!

The brothers also discuss the challenges of writing music after being on the road for an extended period of time and how that translated to 2010's Danger Days: The True Lives Of The Fabulous Killjoys, their musical upbringings, including the music they listened to when they were young and their first bands: an instrumental metal band pronounced “Drakkora,” a Rites Of Spring and Promise Ring-esque band, Raygun Jones, and a punk band called Nancy Drew.

Listen to the full “smodcast.”