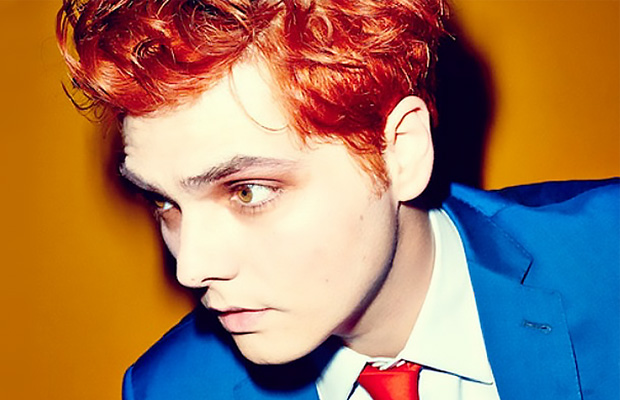 Update: As of the 24th hour of the stream, while a game of Dungeons & Dragons commences into overtime, the friends have raised more than $30,000. Way to go, Candy Lords!

Gerard Way and former My Chemical Romance security guard “Big Worm” and friends are deep within hour 16 of a 24-hour board and card game livestream for charity. The friends have played Candyland, Magic: The Gathering, Cash N Guns, Ticket To Ride and more!

The stream, which takes place on Worm's Twitch channel, will run through 1 a.m. EST and donations will remain open. We definitely suggest you tune in here to watch, as the group have teased special guest appearances for the rest of the day, which may include Mindless Self Indulgence bassist Lyn-Z Way!

You can also donate directly to their campaign via the American Cancer Society website, or by purchasing a custom T-shirt featuring fantasy characters made up by G and Worm.

It's worth noting that former My Chemical Romance guitarist Frank Iero donated nearly $2,000 last night.
**CORRECTION: Though it would appear from watching the stream last night that Frank was the one who donated, we have been informed with proof that it was a donation made in Frank's name.

The videos will be available to replay, and—according to participants in the stream—will later be available on Gerard's YouTube channel.