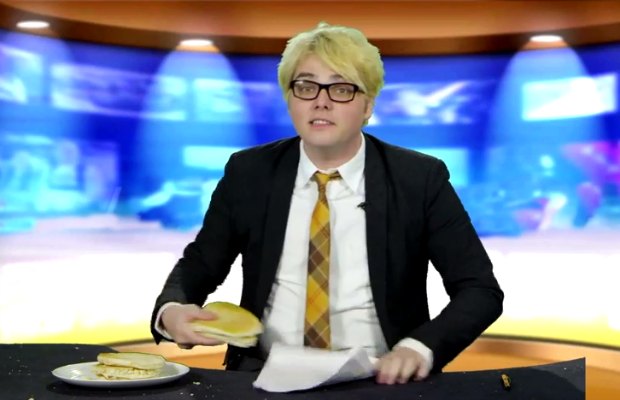 If Fellini and Monty Python decided to make a kid's show… it might look something like this. Named in a Waffle House by members of Fugazi, Pancake Mountain invites you to watch, laugh, sing and dance along with host Rufus Leaking, his sidekick Captain Perfect and various musicians and celebrities in the only show that'll make your children second guess becoming rock stars.

On today’s episode, Jimmy Urine of Mindless Self Indulgence and Chantal Claret put a new spin on a song from the 1800s and Gerard Way brings his Twitter-notorious “Weekend Pancake Report” to life as a frazzled news anchor.

Just, like… Watch this show for kids that has way more cred than you, and stay tuned for a pancake jam from Anti-Flag at the end.