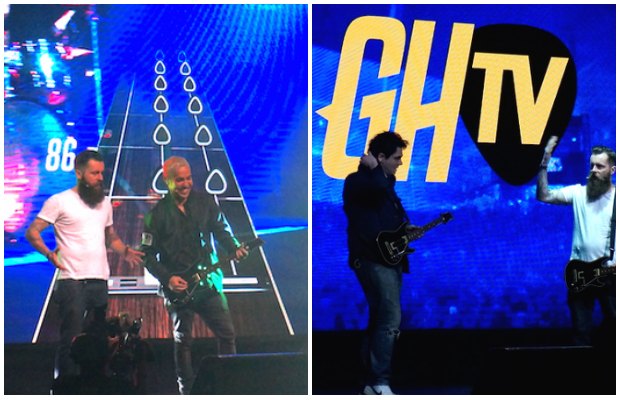 ORIGINAL POST: April 14, 2015 @ 12 p.m. ET
Guitar Hero has just announced the long-awaited new version of their game, Guitar Hero Live, which boasts two modes—one which allows you to play to “real crowds” and the other, GHTV, which they describe as “the world's first playable music video network,” where you can choose to play along to a library of hundreds of videos.

The game, which will be available this fall, includes artists like Fall Out Boy, My Chemical Romance, The Killers, Pierce The Veil, Skrillex and Green Day.

Check out the game trailer and let us know what you think!

At an Activision reveal event today noted “emo dads” and silver hair enthusiasts Gerard Way and Pete Wentz helped test out the newest version of Guitar Hero by demoing their own songs.

Watch Way face off against an opponent on My Chemical Romance's “Na Na Na…” in GHTV mode:

My Chemical Romance Gerard Way on stage competing with the creator of the new #GuitarHeroLive game. pic.twitter.com/A2L1CXfGcj

Wentz plays Fall Out Boy's “My Songs Know What You Did In The Dark” in Live mode.