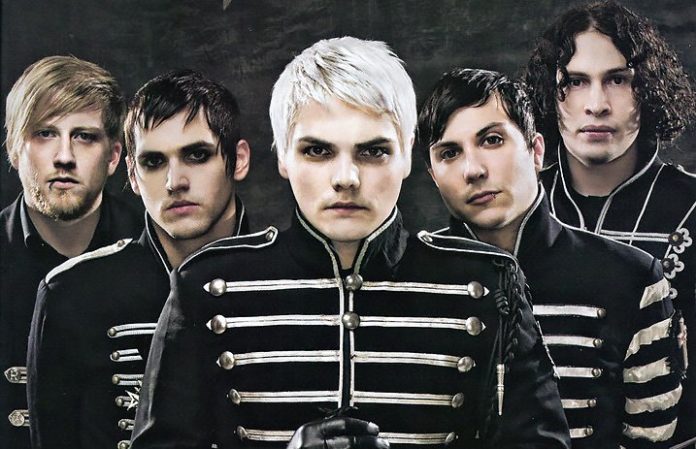 Learning that one’s favorite band has been remixed tends to elicit one of two major responses: Either curiosity and excitement, or dread that the original work has been tampered with too heavily. World-renowned producer Steve Aoki took on the task of remixing My Chemical Romance’s iconic 2006 single “Welcome To The Black Parade” in the absolute best way—with admiration for the track that could make even the most skeptical of fans breathe a sigh of relief.

”…this is a song that’s not just representing My Chemical Romance, it represents an entire culture,” Aoki told Buzzfeed. “This is absolutely one of the most important songs of our generation. I’m just happy that the 10-year anniversary came out and I was lucky — honored — to be able to work on it.”

And the remix is Gerard Way approved.

“You know, when you’ve written a song, sometimes it’s really hard to wrap your brain around what somebody else is doing, or maybe the way that they see the song. But right away, I really loved his remix,” Way shares with Buzzfeed. “And what I love about it is the sounds are phenomenal, and he’s kept the intensity, and I think in some ways, the purpose of the song. So, I loved it right away. I was like, this is really cool. And it’s always fun to hear somebody, especially somebody as talented as Steve, it’s fun to hear the way they see the song. It has that bed of music there, still, that the band was a part of. It has those important melodies, and it has those important root notes. So, you know, I think it does a really great job of capturing the essence of the song and turning it into something new.”

You can download the 10th anniversary remix of “Welcome to the Black Parade” right now on iTunes and Apple Music, and stream it on Spotify.

And, of course, with all the buzz surrounding the 10th anniversary of The Black Parade last month (October 24 in the U.S.), it could have been predicted that Way would be asked yet again in the interview that accompanied the remix premiere, about reunion rumors. The answer remains the same: It’s not happening.

“You know, there aren’t any plans for a reunion, or a tour, or anything like that,” he shares. “I guess what is just really cool, you know, the relationships between the people in the band are really solid. I think everybody misses each other, and we definitely miss playing with each other — but at the same time, everybody is really happy with their lives. And we’re able to recognize that My Chemical Romance was this one period, this moment in time that we’re really proud of. But I think the most important thing is that everybody is happy creating, and doing what they want to do, and have really great relationships with each other.”