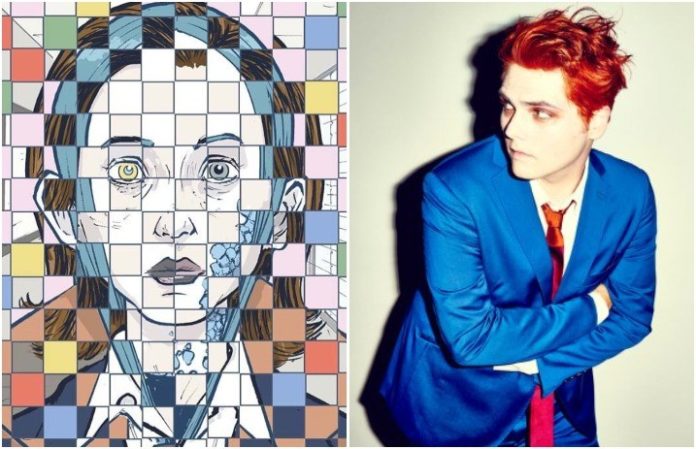 Gerard Way's Young Animal imprint is getting a relaunch next year, with several titles getting some serious revamps. The Young Animal line of comics are about to meet other DC Universe legends for the first time in a special five-part Milk Wars storyline.

Plus, three titles will be restarted, and what else is cool? That Eternity Girl series will finally be making its debut, CBR reports.

For Milk Wars, characters from each of the Young Animal books, Doom Patrol, Shade the Changing Girl, Mother Panic, and Cave Carson Has a Cybernetic Eye will be paired up with DCU characters like Batman, Wonder Woman and Swamp Thing. The story centers around a new character, Milkman Man.

Plus, CBR reports that there are a few other miniseries joining Way's imprint in 2018, including Deathbed and Motherlands.

ETERNITY GIRL! We welcome Mags Visaggio and Sonny Liew to the DC’s Young Animal family! We are extremely excited to bring you the new mini-series, Eternity Girl, in March 2018. It was one of the best pitches I have read at Young Animal and the script to Issue 1 was one of the best I had ever read period— you are all in for a treat. From the press release: Eternity Girl follows Caroline Sharp, a former government agent that can’t die. Her only solution? Destroy the universe first. Gorgeous art by Sonny #DCYounganimal #DCComics #EternityGirl #NYCC

As previously reported, the first chapter of Milk Wars will be the Justice League/Doom Patrol special coming in January with cover art by Frank Quietly, interior art by ACO, written by Steve Orlando and Gerard Way. The other pairings will be Mother Panic and Batman, Shade The Changing Girl and Wonder Woman, and Cave Carson and Swamp Thing, before returning in the last chapter to JLA and Doom Patrol.

We couldn't be happier for Gerard Way and his accomplishments in the comic world. And we can't wait to find out more about Milk Wars!

Are you excited for a Young Animal revamp? Sound off in the comments below!