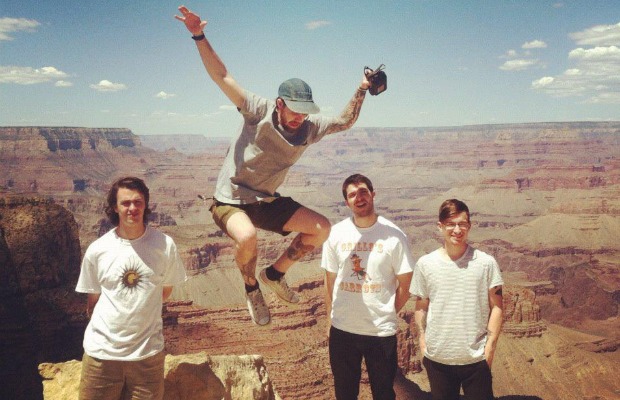 Kingston, PA grunge-punks Title Fight have premiered a whimsical new single, titled  “Your Pain Is Mine Now,” over at Vogue. You can give it a listen below. Be sure to leave us a comment with your thoughts!

Watch Title Fight show you how they made the artwork for their new album, Hyperview

Hyperview is set for release on February 3, 2015 via Anti-. In case you missed it, listen to the record's lead single, “Chlorine.”

“We were looking at bands like maybe Dinosaur Jr. and the Beach Boys — we were looking at the moment where they found something that had never been done before and was now being done well,” says bassist/vocalist Ned Russin. “We were just chasing that energy.”