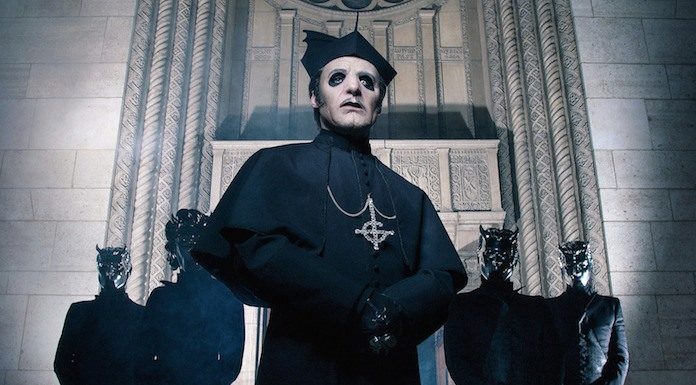 Ghost frontman Tobias Forge (aka Cardinal Copia, formerly Papa Emeritus I-III) is speaking out about the lawsuit brought against him by former band members. Read what the Papa has to say about the Ghost lawsuit below.

Speaking to the Pittsburgh Post-Gazette about the band’s new album Prequelle (released June 1) and their current world tour, Forge describes a rift that developed with his former bandmates in Ghost, as reported by MetalSucks:

“As any individual in some tandem with other individuals, there are times when you need to break up and times when you have to get divorced, and do a spring cleaning,” Forge says. “That itself is not different than any other band or any other social circle. Of course, it’s never a joyous experience, but it was something that needed to be done.”

Is Ghost a solo show?

At times, it seems certain listeners have lobbed accusations that Ghost is just a solo vehicle for Forge, but the band leader asserts that he did “everything in [his] power” to accommodate his former bandmates, whom he describes as friends:

“I’d done everything in my power to try to accommodate a few of my friends to enjoy this ride that I had taken them on, but the project and myself had just come to a point where I couldn’t make them happy, whichever way I chose to go,” Forge says. “It was only met with resentment and complaints and general obtuseness.

“What you heard is just a culmination of years, years, of complaints and ungratefulness,” he adds. “Let’s put it that way.”

Tobias Forge on the record

Further, the Ghost mastermind contends that each Ghost album is completely self-produced. Forge declares that he doesn’t “need a band” to record an album:

“I’ve always orchestrated and written most of it myself and I don’t need a band to make it happen,” he says.

“For three records, the first and Meliora and this record, I’ve had the same drummer and that drummer has never played with us live, so just that alone gives you the idea that I make records and whoever is playing live, it’s sort of two different things.”

What do you think about the Ghost lawsuit? Sound off in the comments.