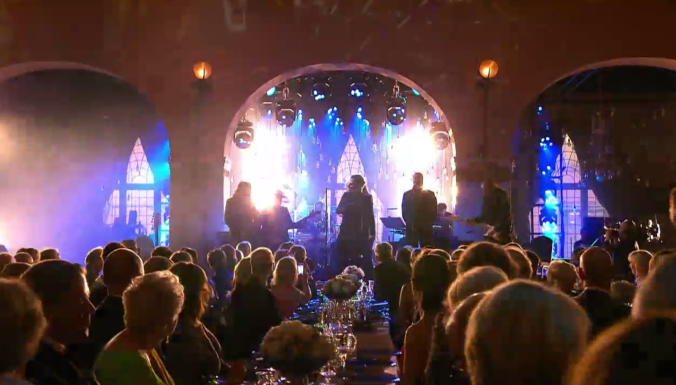 The performance was in celebration of the veteran metal band, who earned Sweden’s coveted Polaris Music Prize moments before. After the band’s acceptance, Copia and company played the cover to Metallica and the rest of the awards attendees.

Definitely not intimidating at all, but we have to say—it was pretty epic.

“Along with the award comes a prize of 1 million Swedish krona ($125,000 USD,) which the band have pledged to put to good use via their own charity, the All Within My Hands Foundation.”

And take a look at Metallica accepting the award:

What did you think of the “Enter Sandman” cover? Let us know in the comments!