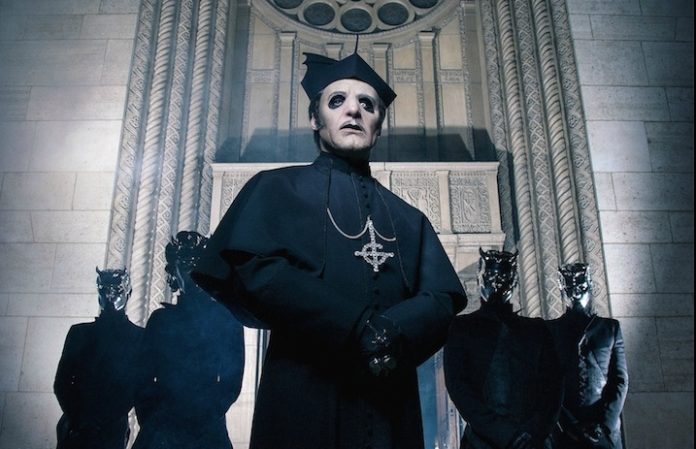 Check out the incredible new songs, below.

The Roxy in Hollywood last night was the first stop for Ghost on their North American tour run, an intimate show that included the debut of two brand new songs off their upcoming record Prequelle.

“Dance Macabre” contains a catchy chorus and gives us those pop style vibes that end up stuck in your head for days to come, while “Faith” gives us a much heavier side from Ghost.

It looks like we might just end up with a little bit of everything on this new album!

Check out footage of the two new tracks, below.

Ghost's new album Prequelle debuts June 1, and you can catch the band on tour at the cities and dates listed below.