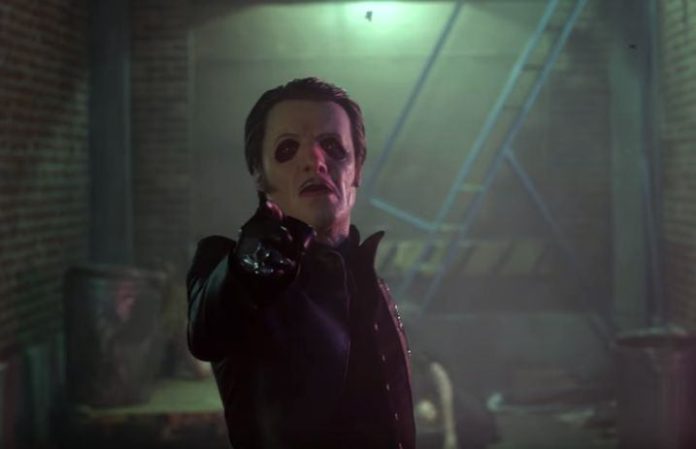 Ghost have officially announced their new album, introduced their “new” frontman Cardinal Copia and have now introduced the band's female Nameless Ghoul in a new way, too.

As ThePRP explains, the band have had female members in the past. However, this time around, they're giving the female Nameless Ghoul a stylized mask.

And social media is loving the new “ghoulette”:

me when i see the beautiful lady pic.twitter.com/NmhCwy6AhF

Prequelle is due out June 1, and it’s currently available for preorder here. Watch the band’s new music video for “Rats” here.

Check out Ghost's track listing and tour dates below.