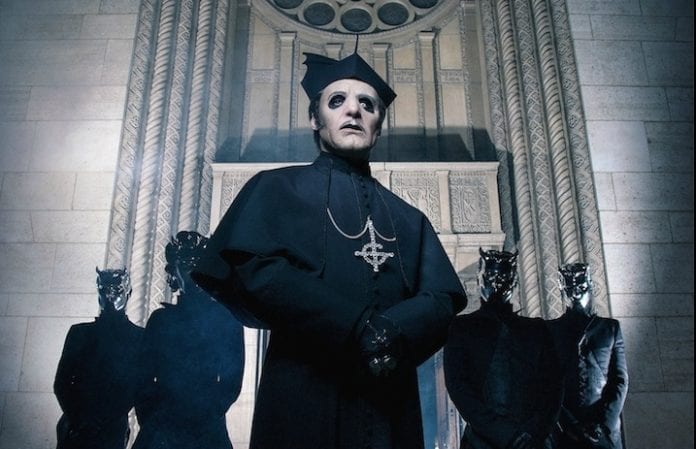 Ghost's succession of lead singers continues…with a twist. After recently unveiling their “new” frontman, Cardinal Copia, the metal band have dropped a video “reinstating” all three previous Papa Emeritus leaders—watch it below.

Read more: The female Nameless Ghoul gets her own mask

Ghost recently held a press conference ahead of their upcoming tour and new album, Prequelle, out June 1. In addition, as noted by Loudwire, the ghoulish outfit have unleashed part three of their “Back On The Road” series of films—and, this time, the three Papas are shown together.

That's right, Papa Emeritus I, II and III may be “back in the spotlight forever”—albeit in a lifeless state—as stated by Sister Imperator in the clip: They'll be joining Cardinal Copia as “embalmed” corpses on the road with Ghost for their 2018 tour. See the list of tour dates down after the new video.