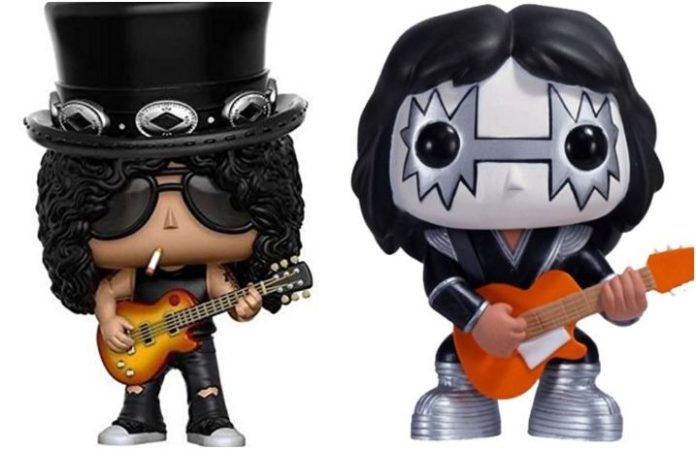 Funko Pop! figures are some of our faves, but it turns out that Gibson isn’t totally in love with the Pop! figures like we are.

As Law 360 explains, Gibson Brands Inc. sued Funko for their use of the trademarked Les Paul guitar, saying the toy company didn't seek permission for “the use of its likeness in toys”

Loudwire further explains that Gibson sent a cease and desist letter to Funko in October, letting them know which Pop! figures were infringing upon their trademark. However, they have reportedly moved forward with the lawsuit for the repeated, unauthorized use of their trademarked design.

“The misuse of the Gibson trademarks by Funko was intended to cause, has caused, and is likely to continue to cause, consumer confusion, mistake or deception including the misleading of consumers into mistakenly believing that the defendant’s unauthorized products are made directly by Gibson pursuant to Gibson’s strict quality control standards or Gibson has authorized or licensed the use by Funko of the Gibson trademarks for those products,” Loudwire reports.

While we're not sure what'll happen with this lawsuit, we do know that there are Funko figures for so many of our favorite pop culture phenomenons, and you can check out a few of our top picks here.

What are your thoughts on the lawsuit? Sound off in the comments below.