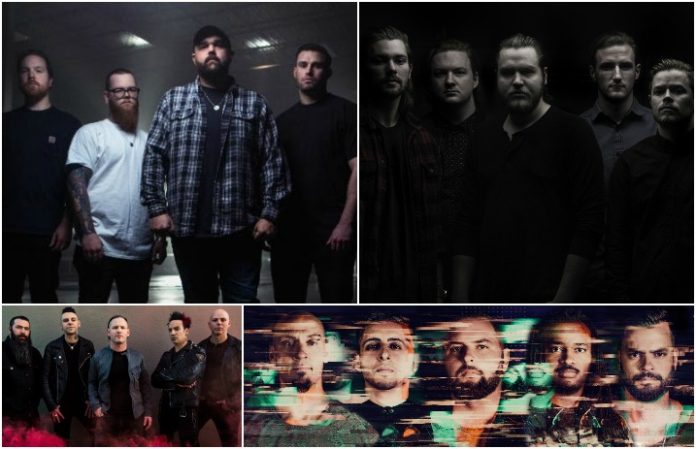 Gideon join Wage War for the second leg of the Deadweight Tour, Stone Sour get on their bikes and ride, and Dark Signal smash the mirrors of perception on a weighty new cut. Check out the news you might've missed today below.

Gideon get out on tour with Wage War

Stone Sour are dumb and so are we?

Stone Sour premiere the new music video for Hydrograd's “Rose Red Violent Blue (This Song Is Dumb & So Am I)”—check it out directly above. What does Stone Sour singer Corey Taylor think about it? We're sure he thinks it's chill.

Up-and-coming Northern California metal-rockers Dark Signal transmit the lyric video for their shatterproof new tune, “Build You Back,” which dropped over at Tattoo.com. Check out Dark Signal on Facebook here or Twitter here.

Californian metalcore quartet Phinehas sign with Solid State Records, as reported by Theprp.com. Expect a new album from the group through the label soon. Here's a nice note about the signing the band shared on Facebook:

Kali Masi unveil their visually appealing music video for “Powerline Days” today over at the Huffington Post. The group's new album Wind Instrument is due out on Friday, Oct. 6, via Take This To Heart Records. Pre-order the thing here.

Backtrack are back, Jack!

Backtrack keep the pummeling riffage going on their new album, Bad To My World, which comes out on Nov. 17 from the ineffable Bridge Nine Records. We previously touted the cutting title track, which you can hear again, above.

The Weekend Classic get away for the weekend

The Weekend Classic make a classic weekend getaway on their upcoming tour with In Good Nature, Young Culture and Chris Swartz. Peep the dates below.