Marie Ulven, also known as girl in red, is back with “You Stupid Bitch,” another taste of her highly-anticipated debut studio album if i could make it go quiet. On the new track, girl in red further showcases her grunge-inspired sound and unfiltered lyrics that offer a look inside the complex relationships in her life.

More specifically, “You Stupid Bitch” focuses on a complicated friendship that could have been more, making for the ultimate alternative rock song about unrequited love. As it turns out, girl in red has made an interesting connection between this new track and a specific line from The Perks Of Being A Wallflower and its 2012 film adaptation.

Read more: 21 artists who are 21 years old or younger and taking over alternative music

On “You Stupid Bitch,” girl in red truly doesn’t hold anything back. Alongside surf rock-inspired electric guitars and heavy energetic drum beats, girl in red exposes all of her inner feelings about a tangled relationship. With the mix of her angsty lyrics and dominant vocals, “You Stupid Bitch” further presents the distinct sounds and personal narratives weaved throughout if i could make it go quiet.

For girl in red, she connects the emotions and story behind “You Stupid Bitch” to one particular line from the film The Perks Of Being A Wallflower which is based on the classic Stephen Chbosky book.

“There’s this line from this movie I love, The Perks Of Being A Wallflower that goes ‘we accept the love we think we deserve,’” girl in red says in a press release. “It’s a very heartbreaking line, but it’s really what I was experiencing in this situation. I was always there for this person who would get their heartbroken and I would just come running. I would drop everything just to be there for them. That person would never see me as anything else than just a friend, even though I feel like I could’ve made her so happy. The core essence of this track is like, I’m obviously here for you, and I want to be with you, but you keep messing around with other people, and you keep getting broken. It’s this really direct, straightforward track.”

“You Stupid Bitch” can be listened to below and on streaming platforms such as Spotify and Apple Music here.

In order to create this new album, girl in red had to confront certain parts of herself and reflect back on specific moments in her life. Through this journey, she gained a deeper understanding of herself while also creating telling and unfiltered alternative tracks listeners will relate to.

“if i could make it go quiet is an attempt to learn what it’s like to be human,” she says in a press release. “To deal with the scariest parts of myself; to live with the pain of knowing I’m only flesh and bones; [to] be angry, broken and unforgiving yet still able to wear my heart on my sleeve. I’m shedding light on the darkest parts of my mind, and I’m letting everyone in. if i could make it go quiet is me simply trying to understand what the fuck is going on.”

Preorders for if i could make it go quiet are available here and the album arrives April 30 via AWAL. 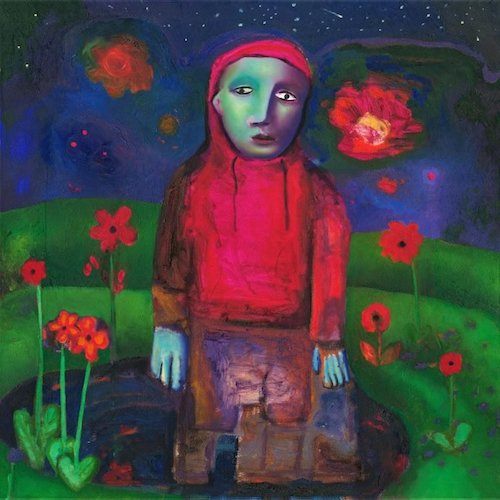 if i could make it go quiet tracklist

More on girl in red

girl in red has already offered a few previews of if i could make it go quiet. Last year, she debuted a serene video for “midnight love,” the first song to be released off of the forthcoming album. Back in April, the Norwegian singer revealed to NME that the powerful track is a reflection of a past relationship she realized was unhealthy.

“This song is about me making someone feel really small,” girl in red tells NME. “I have a really close friend that’s had this dude calling and texting her all the time, every night. At 3 a.m., he’s like, ‘Are you awake?’ He’s not necessarily using her intentionally, but it’s become this relationship where he’s kinda calling her to get laid. That reminded me of something that I was doing to this girl. When I was on tour I would just call her every night. It was a very unhealthy thing for me to do to someone–to make them feel like they weren’t worth that much. It’s just me reflecting on how I made this person feel.”

“midnight love” can be streamed below.

Read more: 10 LGBTQIA+ artists who are redefining the world of alt-pop

Then, in August, she returned with “rue” which is inspired by Rue Bennett, Zendaya’s Emmy-winning character in HBO’s Euphoria. In an interview with Out Now Magazine, girl in red shared that she wrote the song for those in her life who are struggling with mental health, a topic she covers frequently in her music. Ultimately, she hopes that the song will help break the stigma and lack of understanding surrounding mental health.

“[Rue] is a drug addict, which I’m not,” girl in red tells Out Now Magazine. “But a lot of the stuff she’s felt and is trying to escape from is shit I’m dealing with all the time. I wrote this song for my loved ones who are affected by my mental health. I will always try my best to get better for them and I am forever grateful for their presence in my life. A lot of people don’t know about mental health. People lack knowledge and don’t understand that your mental health isn’t necessarily who you are. You can be depressed but that doesn’t mean you don’t want to go outside or you don’t have feelings. To me it’s not taboo at all to talk about mental health. Everyone has a mental health.”

Last month, girl in red performed “rue” alongside a cover of the Weeknd’s hit “Save Your Tears” on the Norwegian digital radio station NRK P3. During the performance, girl in red transformed the Weeknd’s R&B synth-pop track into the ultimate pop-punk banger.

girl in red’s music video for “rue” is available to watch below.

Last month, girl in red also dropped “Serotonin” which was co-produced by FINNEAS and Matias Tellez. Shortly after its release, she debuted a captivating black-and-white video of her performing the song acapella. The “Serotonin” performance, which was recorded in one take, can be streamed below.

What are your reactions to girl in red’s new single “You Stupid Bitch”? Let us know in the comments below.