girl in red is back with another cover for fans. This time around, she has transformed the Weeknd’s hit single “Save Your Tears” into the ultimate pop-punk banger.

The Norwegian singer has also debuted a powerful live performance of her recently released song “rue,” which is inspired by Zendaya’s character on HBO’s Euphoria. The new track appears on girl in red’s upcoming debut full-length album if i could make it go quiet, which arrives April 30.

Last year, the Weeknd took over streaming and music charts when he released his latest album After Hours. The 14-track LP includes a slew of R&B synth-pop songs such as “Blinding Lights,” which quickly went viral thanks to platforms such as TikTok. The album also includes the ’80s-inspired track “Save Your Tears,” which the Weeknd released a music video for in January.

During a recent appearance on the Norwegian digital radio station NRK P3, girl in red completely transformed “Save Your Tears” from a nostalgic pop track into a stirring pop-punk hit.

For the cover, girl in red said goodbye to the Weeknd’s popular synth beats and gave the song a whole new vibe with gritty electric guitars and heavy drums. Ultimately, the cover disguises the fact that “Save Your Tears” is actually a song by the Weeknd and introduces a guitar-driven track someone’s favorite pop-punk band could have written.

girl in red’s cover and the Weeknd’s video for “Save Your Tears” are available to watch below.

Along with the “Save Your Tears” cover, girl in red also performed her recent single “rue.” The track made its debut last year and is inspired by Rue Bennett, Zendaya’s Emmy-winning character in Euphoria. In a recent interview with Out Now Magazine, girl in red revealed that she began writing “rue” in the middle of Guitar Center in New York City’s Times Square.

At first, she was just trying out different acoustic guitars but soon found herself creating a brand new chord progression. Eventually, she drew inspiration from the similarities she sees between herself and Rue.

“She is a drug addict, which I’m not,” girl in red told Out Now Magazine. “But a lot of the stuff she’s felt and is trying to escape from is shit I’m dealing with all the time”

Ultimately, girl in red wrote “rue” for those in her life who are struggling with mental health, a topic she covers frequently in her music. She hopes that this song will help break the stigma and lack of understanding surrounding mental health.

“I wrote this song for my loved ones who are affected by my mental health,” girl in red told Out Now Magazine. “I will always try my best to get better for them and I am forever grateful for their presence in my life. A lot of people don’t know about mental health. People lack knowledge and don’t understand that your mental health isn’t necessarily who you are. You can be depressed but that doesn’t mean you don’t want to go outside or you don’t have feelings. To me it’s not taboo at all to talk about mental health. Everyone has a mental health.”

For her NRK P3 appearance, girl in red gave a truly passionate performance of “rue.” Throughout the song, she seemingly gets lost in the song’s semi-autobiographical lyrics, often closing her eyes and letting her distinct vocals dominate the entire performance.

Eventually, the doors in front of girl in red briefly close before opening back up for an intense encore performance. During the last few seconds of “rue,” girl in red lets loose, jumping around and moving throughout the building she is performing in. In the end, girl in red falls into an empty bathtub while trying to catch her breath from the set she just gave.

girl in red’s performance of “rue” is available to watch below.

if i could make it go quiet arrives April 30 via AWAL, and preorders are available here. 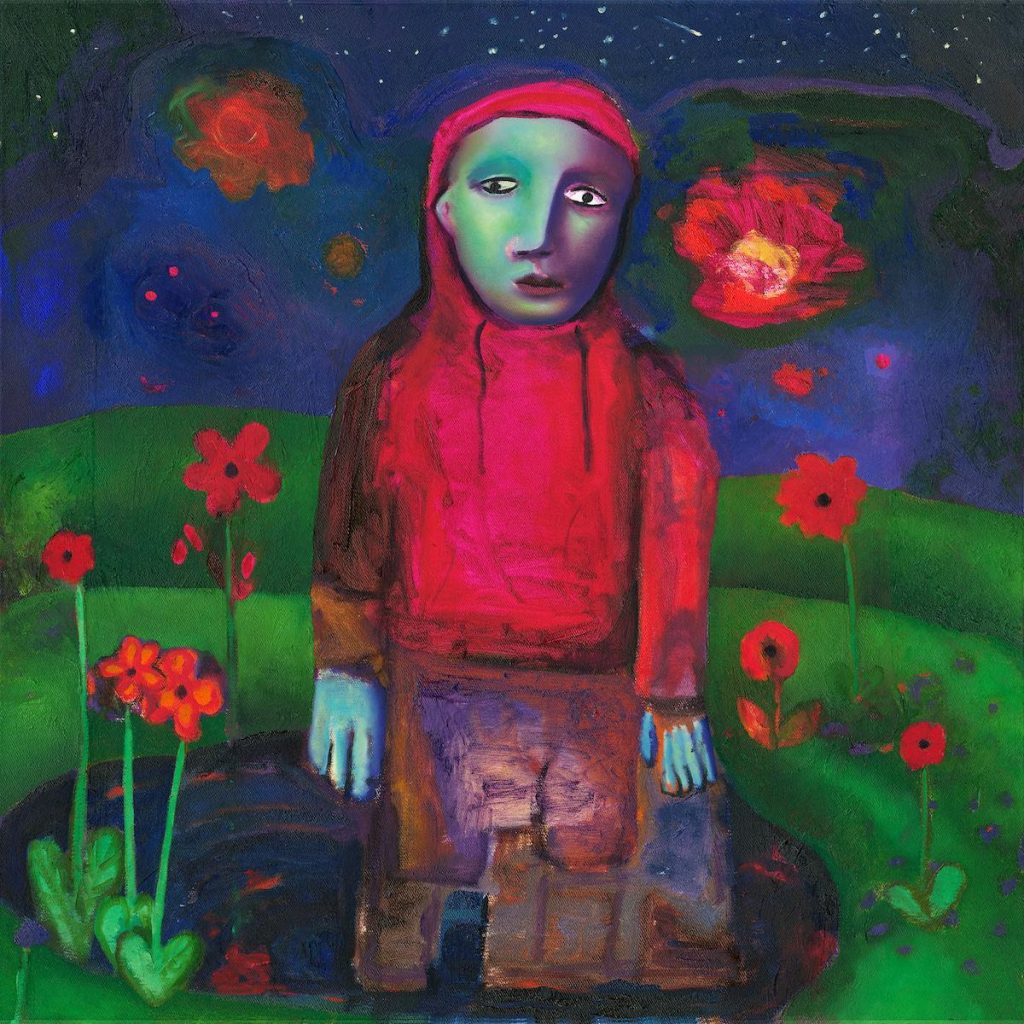 if i could make it go quiet tracklisting

More on girl in red

Over the years, girl in red has shared numerous original covers. Last year, she helped kick off Spotify’s Studio Oyster, a companion studio program for Nordic artists, with a beautiful rendition of Maggie Rogers’ “Say It.” For the recording, girl in red incorporated upbeat drums and rhythmic acoustic guitars to bring the soulful Heard It In A Past Life track to life.

girl in red’s cover of “Say It” can be viewed below.

As well, girl in red has covered Dua Lipa’s hit single “Don’t Start Now” for BBC Radio 1’s Piano Sessions. During the 2020 performance, girl in red stripped down the disco-inspired track into an emotional ballad. While in front of an old piano, girl in red let her signature vocals take over the performance, giving the Future Nostalgia tune an indie-pop feel.

girl in red’s transformation of “Don’t Start Now” is available to watch below.

What are your reactions to girl in red’s rendition of the Weeknd’s “Save Your Tears”? Let us know in the comments below.