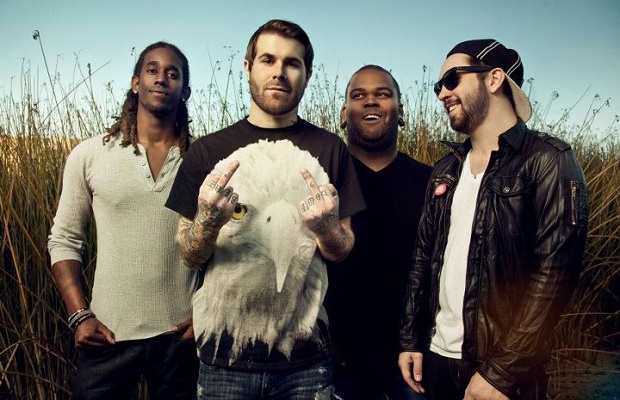 Glass Cloud members Travis Sykes (bass) and Chad Hasty (drums) have amicably parted ways with the rest of the band. The two will take the time away from Glass Cloud to focus on a new project. The announcement comes as the band are gearing up to head out on their U.S. co-headlining tour with Scale The Summit, which they will still be performing in full.

Check out an official statement from the band, along with dates for their upcoming tour, below.

“To our friends, fans, and family,

Some of you might have already heard that there will be some major changes within Glass Cloud. Firstly, we want to say to everyone that has supported us up to this point that we love and appreciate all of you and everything that you've done that has brought us here. We feel incredibly grateful to have been able to do the amazing things we've been a part of together this far.

Secondly, the four of us have nothing but love for each other and we want nothing more than to support each other as people and as artists. We've been through hell and back together. From two near deadly van accidents to releasing two pieces of music that we all love dearly together. We can only say that we've grown tremendously as people with those experiences in our lives and have learned things that have come to shape who we are today. For that we are forever grateful.

With that being said, Glass Cloud and Chad & Travis have decided to mutually part ways. Chad and Travis have decided to focus the majority of their time and energy on another project that they've been working on together and also pursue other artistic interests. But the door will still remain open for the two of them to take part in the creative process of future Glass Cloud releases.

We will be bringing some very talented friends to fill Chad and Trav's shoes on our co-headliner with Scale The Summit. So, Thank you all in advance for your continued love and support through this transitional phase. From this step, we can all continue to grow freely as people and as musicians. We fully encourage everyone to keep up with us all as we each enter new chapters of our musical lives.