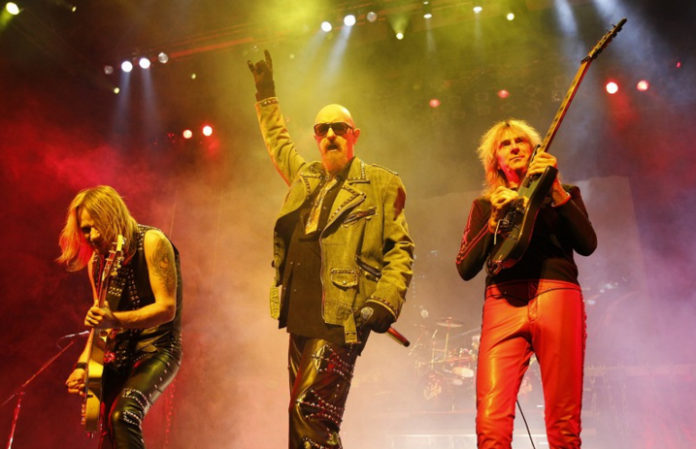 Judas Priest guitarist Glenn Tipton joined the band onstage last night in New Jersey for the first time following his retirement from touring due to Parkinson's disease. Watch some video of the emotional performance down below.

Tipton stepped away from touring with Priest earlier this year after he was diagnosed with Parkinson's. “By now, many of you will know I won't be doing the forthcoming Judas Priest tour because of health issues,” the musician wrote in February. “I'm so sorry, but four years ago I was diagnosed with Parkinson's and was told by my specialist that I had already had it for over ten years.”

The veteran metal group are now touring behind new album Firepower, and guitarist Andy Sneap has been filling for Tipton during live shows, as noted by Theprp.com. However, at Tuesday night's performance in Newark, New Jersey, Tipton joined frontman Rob Halford and the band onstage for the tunes “Metal Gods,” “Breaking The Law” and “Living After Midnight,” marking the musician's first time onstage with Priest since the Parkinson's revelation.

“The most important thing is that Glenn is still in Judas Priest,” Halford previously explained of the player's live retirement. “He can't tour, but it's going to be great for fans when he comes out every now and then.”

Watch Tipton join Priest onstage last night, and be sure to check out the band's remaining U.S. tour dates after the clip: