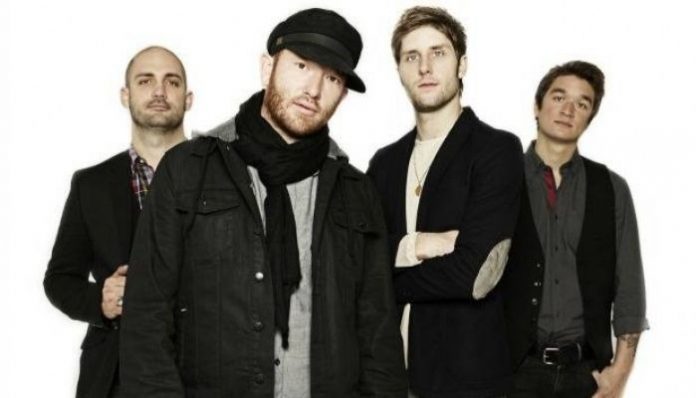 Go Radio fans have been sent into a frenzy of hope and pure panic as the band released a photo sparking rumors of their return.

Could we see a Go Radio reunion in the near future?

Yesterday, the band took to social media to share a photo of frontman Jason Lancaster, bassist Matt Poulos and guitarist Alex Reed sitting in a room together looking like they were working on music. Meanwhile, drummer Steven Kopacz is in the upper corner of what may be a Facetime call.

The photo contains no caption, leaving fans (and apparently Seth Rollins) to wonder what in the world is going on.

PLEASE TELL ME YOU’RE GETTING BACK TOGETHER. PLEASE DON’T BREAK MY HEART AGAIN

DO NOT GIVE ME FALSE HOPE pic.twitter.com/aqBfmpDrBB

After that, it wasn’t long before the rumors and theories made their way to Reddit.

Go Radio may be coming back from r/poppunkers

In 2008, the band released their debut EP Welcome to Life before signing to Fearless Records in 2010. They made their Fearless debut with Do Overs and Second Chances the same year.

Read more: 10 songs NASA should add to their “moon tunes” playlist from Go Radio to Waterparks

Following the band’s breakup, Lancaster embarked on a solo career. He released one album, As You Are, in 2014. The same year, Lancaster lent his vocals to Set It Off track “Tomorrow” off their sophomore release Duality. The singer’s most recent release was a worship album, All the Things That Lead Us Home, under the name Lncstr.

Kopacz joined Anarbor as a touring drummer in 2013. The musician was diagnosed with Stage 3 gastric adenocarcinoma in 2017, and he celebrated his first cancer-free birthday in July. Most recently, Kopacz became more involved with videography through his Wild Light Films.

Read more: Warped Tour: The only tour that mattered since 1995

Reed joined Stages & Stereos on tour in 2013 and officially joined in 2014 where he played for a few years. Most recently, Reed opened up about designing cocktails and managing a bar, Township in Tallahassee, Florida.

Poulos remained relatively quiet on social media post-breakup, focusing on family life with his wife and their son.

Would you like to see Go Radio return? Do you think we’ll be getting new music or a reunion show? Sound off your theories in the comments below!