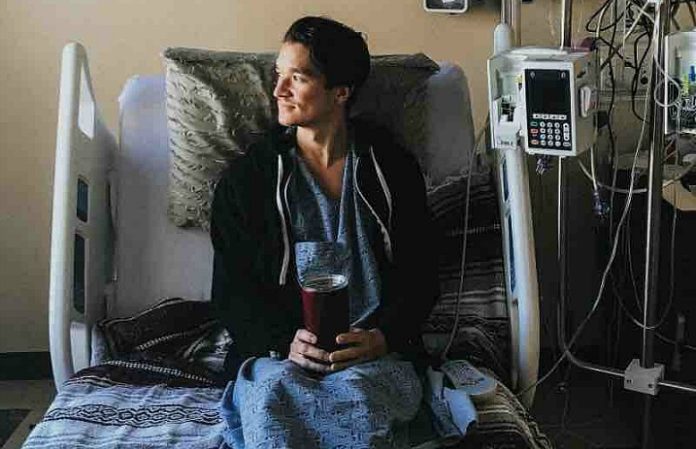 Go Radio have taken to Twitter to reach out to their fans in support of former drummer Steven Kopacz, who was recently diagnosed with Stage 3 gastric adenocarcinoma.

Read more: Dale Earnheardt Jr. just hung out with the Dangerous Summer, proves he has the best music taste

Kopacz was diagnosed after a problematic ulcer that refused to heal correctly landed him in the hospital in early November. He was scheduled to have surgery to remove the middle part of his stomach after discovering the ulcer contained cancer.

Nov. 9 was surgery day, which ended up not going as planned. Doctors were forced to remove Kopacz's entire stomach along with 27 lymph nodes, all which were sent to a lab for further testing. Nov. 16 brought the news of Stage 3 gastric adenocarcinoma which had engulfed his entire stomach as well as 13 of the 27 removed lymph nodes.

What started as a hospital stay for stomach problems had escalated into Stage 3 cancer, all within a matter of 10 days. Kopacz started chemotherapy on Dec. 21 as his best friend Matt Burns Poulos started a GoFundMe page to help cover medical expenses, allowing Kopacz to focus on getting healthy.

“Steve has the monumental task of healing ahead of him. I am hopeful that through this fundraiser we can raise enough money to take that burden off him so he can focus all of his good vibes and energy towards his body,” writes Poulos on his GoFundMe page. “Please, if you feel inclined, donate to this fundraiser to help with the ever-growing medical costs that come with the treatment of the miscreant that is cancer. If you are not so inclined, we also accept positive thoughts, prayers, vibes and meditations. Whatever that looks like, help us help Steve beat cancer.”

It has been far too long, but we have been here with you the whole time.

AP sends positive thoughts and well wishes to Kopacz, his family and his friends during this time.