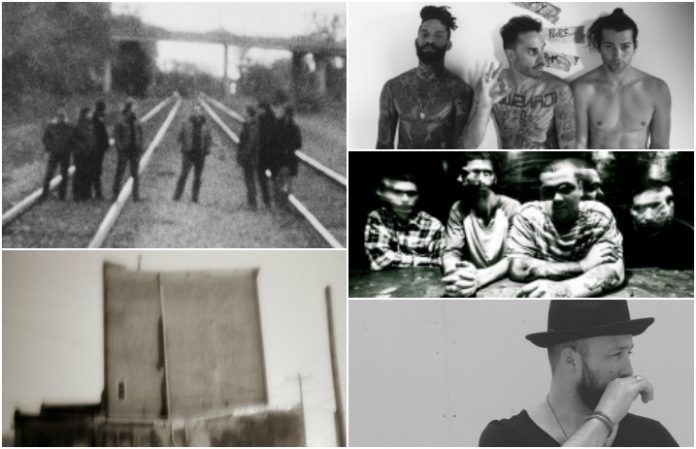 Godspeed You! Black Emperor drop a new song from their forthcoming album, the Fever get ready for hunting season, and Blis. just wanna go home!

Check out some of the news you might have missed today below.

Read more: Listen to this new Twenty One Pilots and Bring Me The Horizon mashup—it totally, actually works

Ascend! Post-rock kingpins Godspeed You! Black Emperor man the turrets to transmit “Undoing A Luciferian Towers,” a new track taken from their upcoming album Luciferian Towers, out Sept. 22 from Constellation Records. According to Pitchfork, the band announced the new record with this bit of portentous text:

“look at that fucking skyline! big lazy money writ in dull marble obelisks! imagine all those buildings much later on, hollowed out and stripped bare of wires and glass, listen- the wind is whistling through all 3,000 of its burning window-holes!”

Godpeed will hit the road for a European tour following the release of Towers. Check the complete list of cities and dates directly below.

You can't sweat out the Fever

The Fever—the new band from frontman Jason Aalon Butler (letlive.) with Night Verses (Aric Improta, drums) and the Chariot (Stephen Harrison, guitar) members—release a new jam called “Hunting Season” on their SoundCloud page. Below, read a message from the band about the song. (via Rock Sound)

Blis. are ready to go home

Up-and-coming, Atlanta-based emo practitioners Blis. share their new tune “Take Me Home” today over at the FADER. Watch the Alex Henery-directed music video above, and get with the band's debut album No One Loves You.

Lael goes for a drive

Los Angeles music man Lael (the mononym for multi-faceted artist and producer Jeff Schneeweis) lets loose his new song “Drive”—hear it right above. Here's what Lael has to say about his latest, driving tune:

“The song 'Drive', was fun to produce. The sounds and production were some of my favorite to work on this year. I love what the song represents, which is traveling and connection with people you're closest with.”

Washer are all about that bass

Washer premiere their new single “Bass 2” today over at the Huffington Post (check out the track directly above). The group's sophomore album, All Aboard, is due out on Sept. 15 from Exploding In Sound Records. Crank that bass!