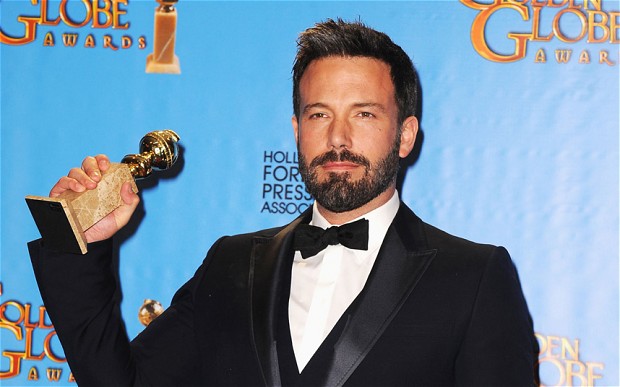 -By now you've probably heard about last night's big winners at the 70th Annual Golden Globes. The night was full of surprises (Argo winning Best Motion Picture, Drama), non-surprises (Homeland took home three awards) and moments people are still talking about (Jodie Foster). Here's a quick recap of last night's festivities, along with the full list of the nominees. (Winners are in bold.)

-Even before the nominations were announced, everyone in Hollywood and beyond assumed Steven Speilberg's Lincoln would be the big winner. However, last night the cards were in Argo's hands. The film took home two Globes, including Best Director (Ben Affleck) and Best Motion Picture, Drama.

-Jennifer Lawrence won Best Actress in a Motion Picture, Comedy or Musical for her role in Silver Linings Playbook. She also charmed Americans everywhere with her witty, dry sense of humor. (“I beat Meryl! That's what it says!”  the actress said when she accepted her award. Contrary to internet rumor, the joke was not a dig at Streep, but rather a references to the movie First Wives Club. In the 1996 comedy, Bette Midler's character tells Goldie Hawn, “Once you were a terrific actress. You even got an Oscar to prove it.” Midler touches the trophy and says to Hawn, “'I beat Meryl.' That's what it says.”)

-This year's hosts, Amy Poehler and Tina Fey were brilliant, and the Twitter universe was quickly abuzz with calls for the duo to host the Golden Globes again next year.

-However, if Fey and Poehler aren't free to host in 2014, might we suggest Will Ferrell and Kristen Wiig? The SNL alums kept everyone laughing with their bit while they announced the nominees for Best Actress, Musical or Comedy.

-Les Miserables also left with three awards. The movie's stars, Anne Hathaway and Hugh Jackman each earned a Globe for their performances in the musical.

-And now to what everyone is talking about: Jodie Foster. The 50-year-old actress who has starred in more movies then we can list received the Cecil B. DeMille Award. But that's not what people are talking about today. No, instead everyone–and we mean everyone–is dissecting Foster's acceptance speech. Was it a coming out speech? A retirement announcement? An impassioned call for more privacy? Watch the speech, and decide for yourself.