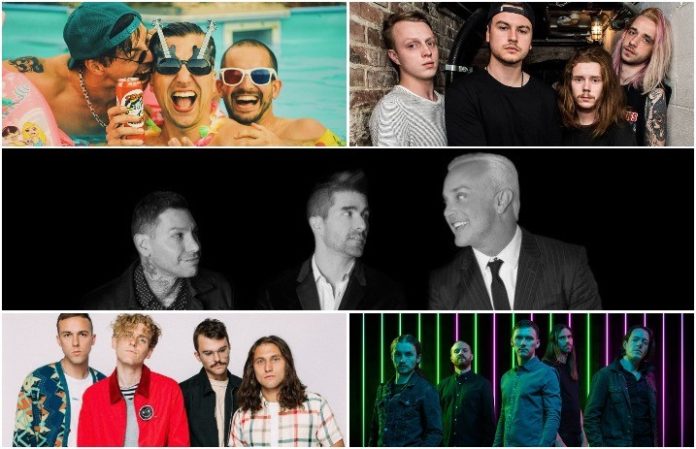 Watch new music videos from Goldfinger, Milestones and the Sewer Rats—plus, don’t miss TesseracT’s new album. Check out the news you might have missed today below!

Read more: Here’s how to change your font on Snapchat

Los Angeles-based ska punks Goldfinger released a new music video for their song “Tijuana Sunrise.” The song is taken off the band's latest album, The Knife. You can grab your copy of the album here!

2. TesseracT announced their new album and premiered a new song

TesseracT anounced their fourth studio album, Sonder, which is set to be released April 20 via Kscope. You can preorder your copy of the album here. The band also released their new single off the album, “Luminary.” The band is hitting the road this April with Plini and Astronoid, and tickets go on sale tomorrow!

Milestones have released a new lyric video for their latest track “BitterSweetHeart.” The song is taken from the band's upcoming album, Red Lights, out Feb. 23 via Fearless Records. Get your copy of the album here.

The Sewer Rats have dropped a video for their newest single, “Too Punk for You.” The track is taken from the band's new album, Heartbreaks And Milkshakes, and you can get your copy of the album here!

TUNE IN TO @ALTNATION TODAY AT 3:30 EST FOR THE WORLD PREMIERE OF “GROWING PAINS” pic.twitter.com/00mWyamamR

COIN released their new song “Growing Pains,” and you can listen to it here! The band are currently on tour, and you can get your tickets here!