Yet another rockin' band will join GC on tour this fall

The full package tour kicks off next month following the anticipated release of the Madden brothers’ band’s upcoming seventh album, Generation Rx, due out Sept. 14. A pair of Mexican festival dates for GC precede the full run.

If you’re not familiar with the Dose, check out the Los Angeles-based rock duo’s recent music video for new song “Saline,” below. And be sure to see the complete list of cities and dates on the Generation Rx Tour down after the clip. 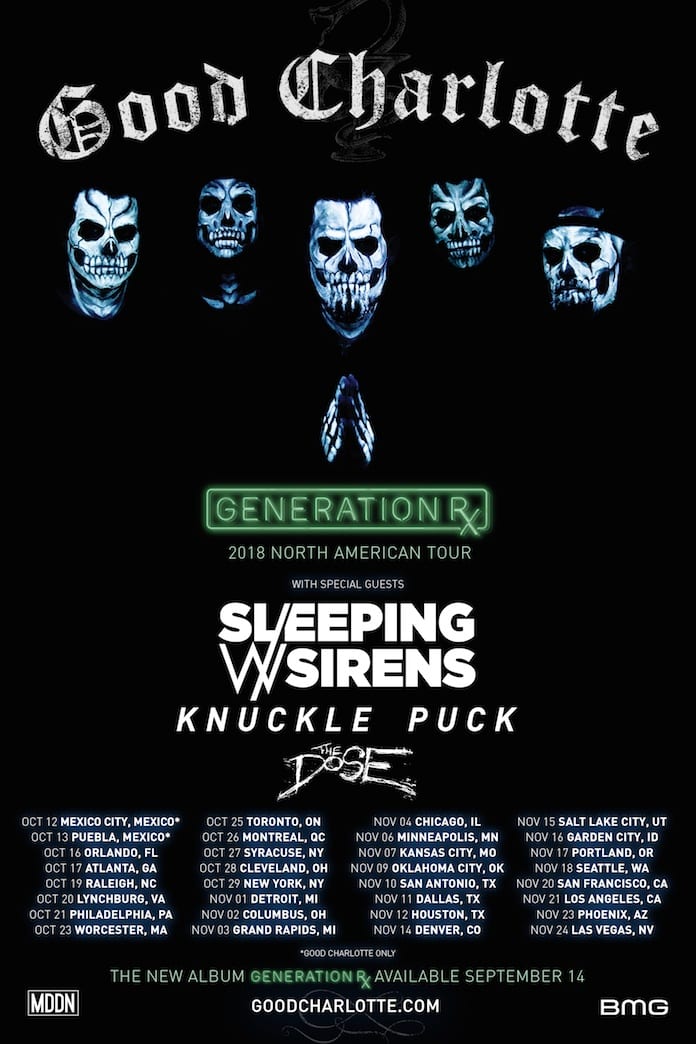 * with Sleeping With Sirens, Knuckle Puck, the Dose