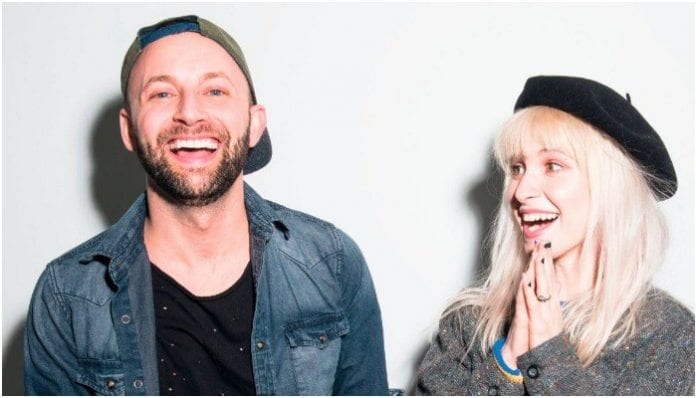 In celebration of their four-year anniversary, Good Dye Young is having a sitewide sale all month long!

Good Dye Young was launched by Paramore frontwoman Hayley Williams and her business partner Brian J. O’Connor back in 2016. It is a 100% vegan and cruelty-free hair brand that uses natural ingredients including sunflower and bergamot essential oils.

Since its launch, the brand has been worn by a number of musicians including LIGHTS, Troye Sivan and potentially even Taylor Swift. Along with them, twenty one pilots drummer Josh Dun was one of the first to be named a Good Dye Young brand ambassador.

Just last week, the brand announced it will be releasing a line of pastel hair dyes called Lighter Daze, which Hayley Williams has already rocked during a throwback sing-along to the Used.

Now, Good Dye Young is celebrating their four-year anniversary by discounting their items. Williams shared her gratitude and appreciation to everyone who has supported Good Dye Young with a note alongside the sale.

“[I am] thankful for ppl [people] who’ve supported the brand from the start and for the ones who are getting into this type of creative expression,” she shares. “[I] love doing this, even when it’s a tough biz. [I am] proud to create products that are colorful and caring.”

Read More: A songwriter is suing Post Malone for “Circles” royalties he says are his

All of Good Dye Young’s full-priced products including their popular Poser Paste and semi-permanent hair dyes are 25% off through April 30. To take part in the sale, head to the Good Dye Young site and apply the code ‘GDYANNIVERSARY’ at checkout.

❤️ thankful for ppl who’ve supported the brand from the start and for the ones who are just getting into this type of creative expression. love doing this, even when it’s tough biz. proud to create products that are colorful & caring. https://t.co/WwfmwKdBGZ

Last week, Hayley shared two of the shades from the upcoming Lighter Daze line on her Twitter page. The two shades, a pastel pink called Pink Puff and a pastel green called Wondermint, were quickly linked to the classic TV show Fairly OddParents.

The post’s caption read “Cosmo and Wanda aren’t slick,” which refers to the two fairy godparents on the TV show. The connection between the colors and the classic cartoon characters sent many into a frenzy online.

Which Good Dye Young products are you most excited to get your hands on during the anniversary sale? Let us know in the comments below!