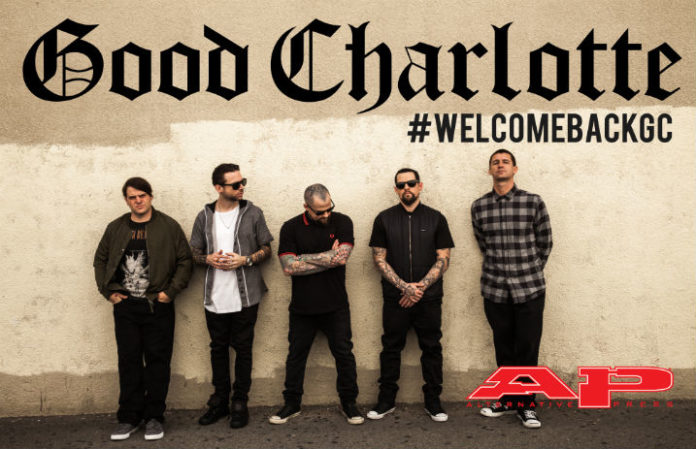 Good Charlotte cemented their legacy as alt-emo stalwarts with five dynamically accessible albums, released throughout the course of their 20-year career.

Toward the end of the initial Good Charlotte era, brothers Benji and Joel Madden launched their separate venture (under the moniker “the Madden Brothers”) with Greetings From California, a bright, sun-filled full-length effort that debuted in September of 2014. The Madden twins have also wet their feet in the production and co-writing worlds, working with artists such as 5 Seconds Of Summer, Three 6 Mafia, All Time Low and others.

And now, AP is proud to announce that Good Charlotte are BACK! Check out the clip below and celebrate with us using the hashtag #WelcomeBackGC