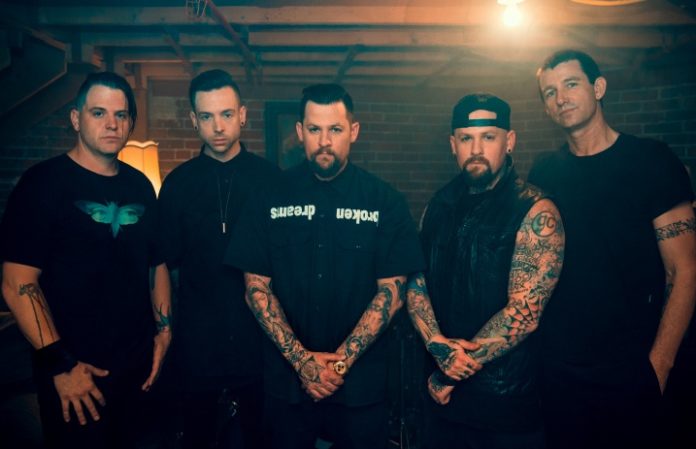 Good Charlotte have signed a deal with BMG to release their upcoming record, which is coming later this year.

So, is a new album what they have been teasing all along?

Read more: What are Good Charlotte teasing on Instagram?

The band are working with BMG to release their new album worldwide, Billboard reports.

“We feel our partnership with BMG is a natural one, as we’ve been fortunate enough to see first hand their commitment to the artists they’re in business with,” Benji and Joel Madden tell Billboard.

“As the momentum for Good Charlotte continues to build in this new chapter of our career, BMG has consistently demonstrated the type of forward thinking, artist friendly, entrepreneurial spirit that we really relate to and is in line with the way we want our business to feel,” the twins continue.

The yet-untitled project will be released on the Madden brothers MDDN imprint following, as was their 2016 comeback record, Youth Authority.

Although nothing has yet been revealed, there's a chance the upcoming album is what Good Charlotte have been teasing on Instagram.

They started by posting some mysterious band pics with animated GIF clips that feature the band members' faces quickly flickering into some sort of zombie/skeleton/corpse paint visage. Then, things got weirder when other artists started getting the skeleton/corpse treatment on Good Charlotte's Instagram, with an addition: The band's logo and an “Actual Pain” sticker.

Finally, last week, band shared a cryptic video of the skeleton/corpse figures we'd been seeing in the clips on the band's Instagram account. At the end of the video, the date May 25, 2018, appears and we can only assume that this Friday, the band will finally announce whatever is going on.

We're still not so sure if it's really an album, but we're beyond ready to see what Good Charlotte has been teasing.