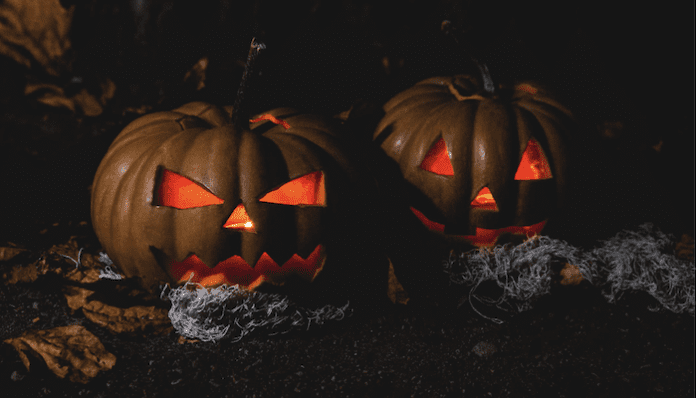 Google has created a function that determines the most popular Halloween costumes of 2019 based on search trends.

The FrightGeist platform use statistics from around the country to figure out the most searched for costumes by city.

You can see the most popular nationally and locally. If you look at the national results, “It,” “Witch,” “Spider-Man,” “Dinosaur” and “Descendants” are the top five searches. Fortnite, Child’s Play, Stranger Things, Suicide Squad and more also inspire some of the most popular costumes. You can allow Google to use your location to view the “local” results based on your city.

The site also has a map that shows the top costumes near major U.S. cities. You can hover over many different cities to see what costume is the No. 1 trending. If you click on a result, you can review the overall popularity of the costume and its national rank.

You can also view the trend over time and other cities that are searching for the same costume. It also breaks down the costume popularity by type. For example, “film character” costumes make up 20 percent of the total searches on Google.

FrightGeist also has a “Costume Wizard” function that factors in things like uniqueness, style, spookiness to figure out the perfect costume for you.

You can use Google’s FrightGeist application here and see some screenshots of it below. 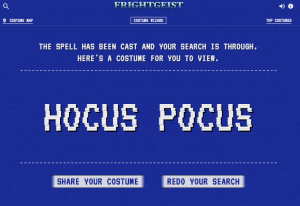 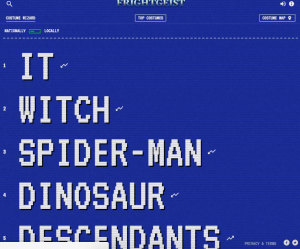 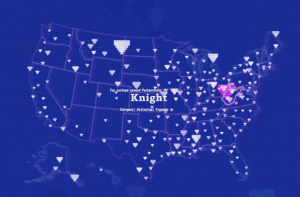 Everyone has personal favorites when it comes to Halloween candy, but there are some types of candy that people vehemently hate and candy corn is topping that list for 2019.

According to CandyStore.com, candy corn is taking the crown as the reigning king of most-hated candy this year, beating out last year’s most hated, circus peanuts.

The website came to this conclusion by surveying over 30,000 of its customers while also taking into account the best and worst Halloween candy lists from other publications. They used lists from publications such as Buzzfeed, Huffington Post, Business Insider and a number of other sources.

Candies considered undeniably good or bad were awarded ten points while the ones bottoming the lists received one point.

Although circus peanuts are no longer the most-hated candy, they didn’t improve very much and still sit at the number two spot. Peanut Butter Kisses landed just behind to round out the top three.

As for the best-rated candies of the year, Reese’s Peanut Butter Cups was the definitive winner amongst the majority of lists. Snickers and Twix came in close behind to round the second and third spots respectively.

What do you think of the most popular Halloween costumes based on Google Trends? Sound off in the comments down below!