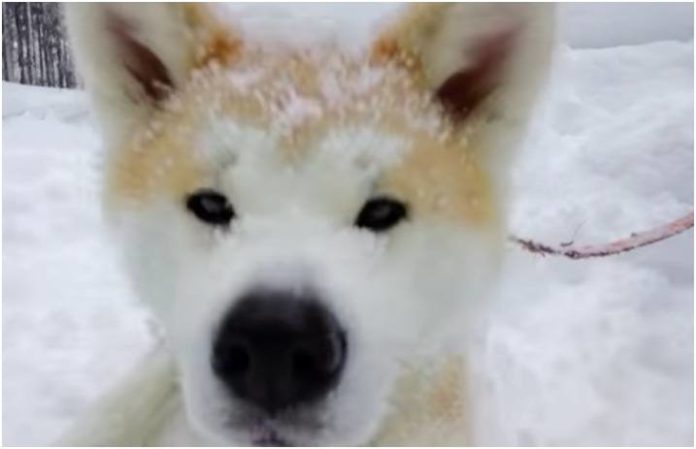 When you're traveling in a new place, it's always best to have a local show you around. What's even better? If that local is a dog.

Read more: These 20 adorable pups are more punk than you’ll ever be

Thanks to Google's Street View, it looks like we can now see just how the world—well, to be more specific—how Japan looks to our furry, four-legged friends.

That's right: Google Japan has released a “Dog View” feature that shows the streets of Japan from the point of view from an Akita rather than the boring, regular street view that we've come to know, as reported on by Bustle.

The best part about the whole thing? In street view, you get to see part of this adorable guy's head when trying to find your way around.

Are you swooning yet? We sure are.

The feature allows you to check out a variety of attractions in Odate, which is a part of the Akita prefecture, the birth place of our furry friends, the Akita. According to The Verge, the city of Odate has a rich history with the breed of dogs. The city is most famous for one pup named Hachiko, an Akita famous for his loyalty because he would wait for his owner's return at a train station, even after his owner's death nine years later.

To honor the dog's close history with the city, they partnered with Google Maps to give us two fur-legged tour guides by the names of Ako and Asuka.

The pups will be taking you on a tour around the city with the “Dog View” feature. Some of the places you'll for sure be checking out is a snowy trail, the Akita dog museum (obviously) and more—all from a dog’s perspective, per Mashable.

As you can see from the video, the footage isn't the most steady. While we may not get the most high-quality footage from our tour guides, we can at least be assured that Ako and Asuka weren't harmed in the making of the videos. As emphasized by Google Japan, the pups were strapped with “a small camera to a dog-friendly harness on their backs,” so the cameras caused no harm to the two dogs.

While there are no plans to bring this new feature to other parts of the world, we can only hope that the United States will eventually pick it up so we can get “Dog View” in some of our favorite cities.