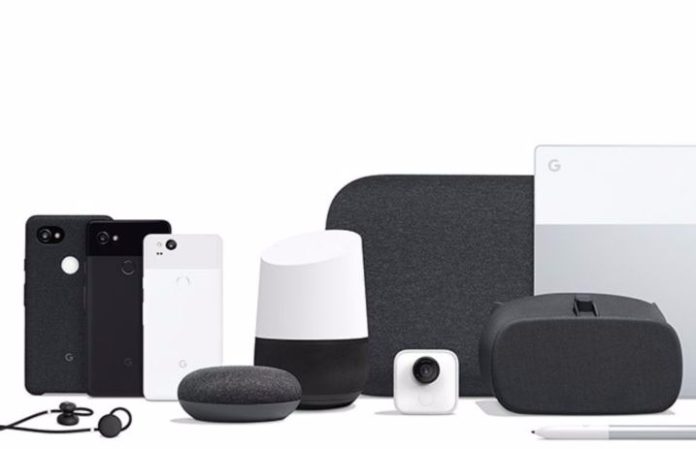 Google launched their newest products today—including the Google Home Mini and Pixel 2—and we rounded up all the information you need to know.

Google Home Mini:
The Google Home Mini is the mini version of the Google Home that is already on the market. According to the livestream, it’s run by touch and offers 360-degree sound. It’ll be available in three colors, with red, white and black shades. Not to mention, it’s available for preorder now, and it’ll be in-stores Oct. 19.

Today we launched our new donut-sized #GoogleHome Mini, and we built a donut shop to celebrate. On tour now in the U.S. and Canada, get a taste before it hits stores → g.co/donuts

Google Home Max:
The Google Home Max is, according to The Guardian, a surprise announcement. It’s a music-focused speaker that supports “YouTube Music, Spotify, and other music services.” It’ll be available in December in charcoal or chalk shades and will come with a free one-year subscription to Google’s own YouTube Red.

Google Home Max is a premium smart speaker for music lovers, made to fit your space and style → https://t.co/KgrOzmaEaC #madebygoogle pic.twitter.com/wZuBQyQdqm

Pixelbook:
Google launched a new laptop—well, laptop/tablet combination. You can purchase a Pixelbook Pen and use the laptop tablet-style, but it has a touchscreen and keyboard for those folks who like to keep it traditional. It’ll start at $999, with preorders available now.

Pixel 2:
Google unveiled the Pixel 2, which comes in two sizes: 5 inch or 6 inch XL. It features special planning tools like  and a smart camera “Lens,” according to The Guardian. The Pixel 2 will cost $649, and the Pixel 2 XL $849, and both can be preordered today. Not to mention, for a limited time, Pixel 2 preorders will come with a free Google Home Mini.

What are your thoughts on Google’s news? Let us know in the comments below!