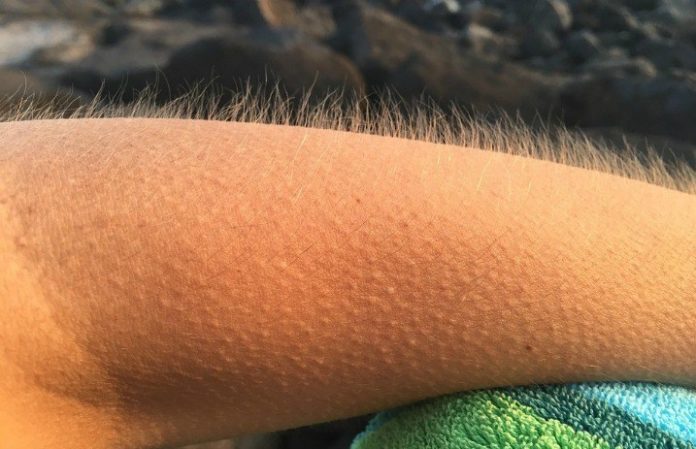 Do you ever get goosebumps from listening to music? Apparently the phenomenon is pretty rare. A student at Harvard decided to study people who get chills from music and his findings are amazing.

Read more: Why do people mosh?

Matthew Sachs did the study while in undergrad at Harvard last year. He wanted to discover how the reaction was triggered by music. He took 10 students who said that they did sometimes get chills from music and 10 who didn't and compared their brain scans.

From the scans, he discoved that those of us who get physical reactions like chills from music actually have a difference in brain structure! That's right, we have special brains. The people who experienced the reaction tended to have more fibers connecting their auditory cortex and areas associated with emotional processing, meaning the two areas can communicate better.

“The idea being that more fibers and increased efficiency between two regions means that you have more efficient processing between them,” Sachs told Neuroscience News.

Sachs concludes that “People who get the chills have an enhanced ability to experience intense emotions. Right now, that’s just applied to music because the study focused on the auditory cortex. But it could be studied in different ways down the line.”

Sachs is saying that people who experience the reaction tend to have stronger emotions than those who do not, and the emotions can be triggered by music. Basically, we're emo as heck. This isn't news to us, but we're so glad to know the the science behind it!

While Sachs's study was small, we hope to see more research on the subject soon. You can access the full study here.

What do you all think of Sachs's findings? If you get chills from music, what song does it to you? Sound off in the comments below!