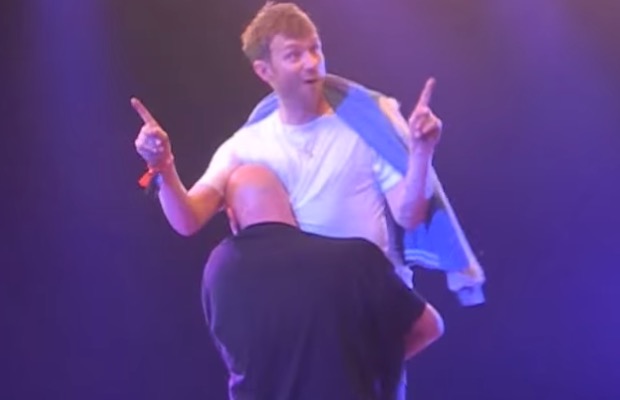 On Saturday, Gorillaz co-founder Damon Albarn played a five-hour Africa Express set during Roskilde Music Festival in Denmark. Around 4 a.m., however, he was told that he needed to wrap things up. He resisted and continued to try to play anyway. Finally, despite his attempts, he was literally picked up by a security guard and removed from the stage. I suppose that’s one way to go out. Watch a fan-shot video below.