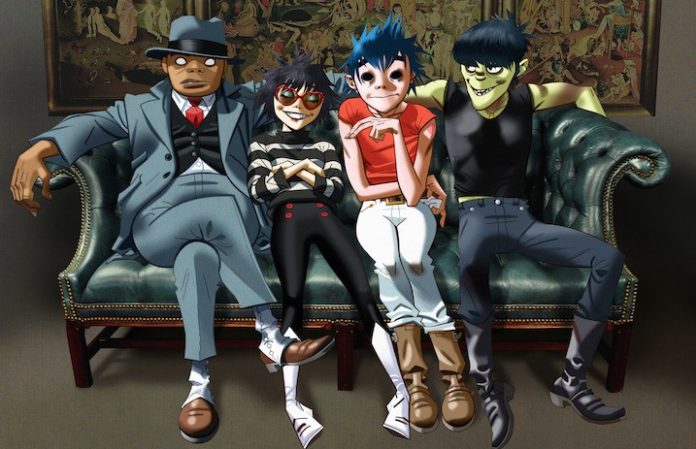 It looks like there's more Gorillaz on the way! Although the virtual band from the minds of Blur's Damon Albarn and artist Jamie Hewlett just released fifth album Humanz this year, a follow-up is already in the works for 2018.

As reported by NME, Hewlett recently confirmed that Gorillaz will drop another new record next year. While Humanz was the band's first album since 2010's The Fall, this October's release of bonus track “Garage Palace” (featuring rapper Little Simz) suggested the group may be working at a faster pace, which the artist and designer confirmed in a new interview.

“We are working on another Gorillaz album,” Hewlett says in the interview with art publisher Taschen, “which we're going to be releasing next year. So we're going straight into the next album with no break, which, usually, we have a good five-year break between each album. But we decided, you know what, let's keep going because there's ideas for a few more albums.”

In fact, Hewlett says this recent burst of activity for the band will probably continue for the next two years, if not longer! “By the end of 2019, we're probably gonna say, 'Let’s have a little break',” he reveals before admitting, “Or we're gonna say, 'Let’s keep going.'” Check out Hewlett’s Gorillaz comments in the video below at around the 10:25 mark.

Are you stoked for another new Gorillaz album? What did you think of Humanz? Does anyone remember “Clint Eastwood“? Sound off in the comments!