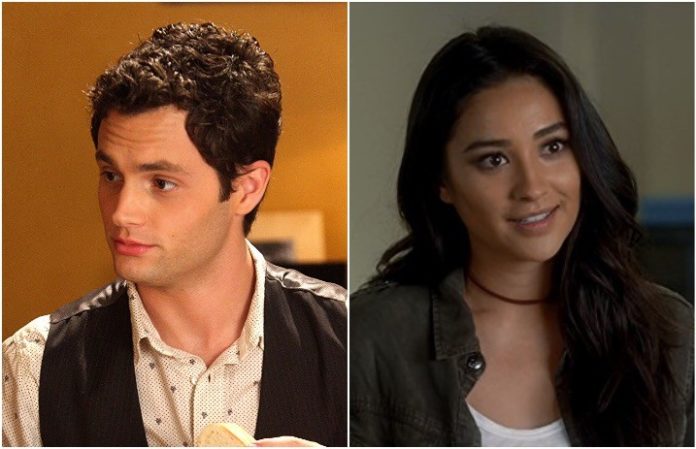 Yep, you read that headline right. Characters from Pretty Little Liars and Gossip Girl are starring in an intense TV series by the same producers of Riverdale.

The new Lifetime series You stars Pretty Little Liars alum Shay Mitchell and Gossip Girl's Penn Badgley, and it looks like it might be our new favorite show.

Badgley plays a love-obsessed man who conveniently happens to save a woman from getting hit by the subway. Mitchell seems to be in the same boat; she's in love with the same woman and plays the overprotective best friend.

Looks like this love triangle is anything but fun and games when at the end of the trailer, Badgley's character hauls a body out of his trunk and says under his breath: “The things we do for love, right?”

The trailer looks dramatic in the best way.

You premiers on Lifetime September 9, but if you can't wait for the series, you can grab the book by the same name, You by Caroline Kepnes.