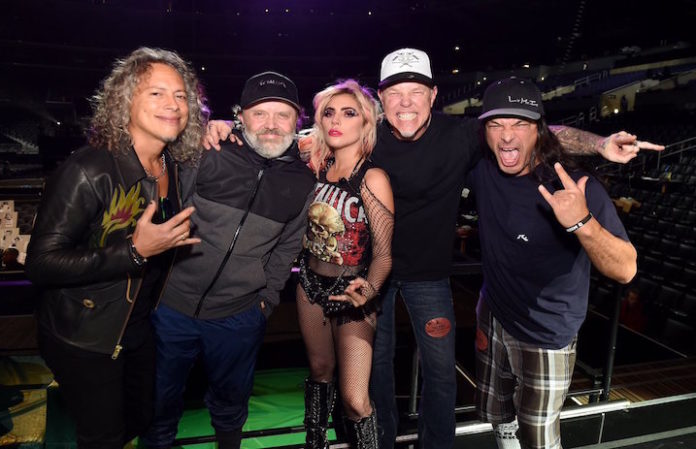 The Grammy Awards producer Ken Ehrlich offered an apology to Metallica in an interview with The Associated Press on Wednesday for James Hetfield’s mic difficulties as they took the stage to perform with Lady Gaga.

“These kinds of things are horrible when they happen,” Ehrlich said, Billboard reports. “That's one of the risks of live television.”

Read more: Listen to what Metallica and Lady Gaga’s Grammys performance was supposed to sound like

“My guys say that the mic cable was connected,” he said. “My guys' theory was that … one of the extras (on stage) accidentally kicked out the cable that went to the mic.”

However, he said mistakes like this are always a risk with a live show.

“When you do a three-and-a-half hour live show, it's fraught with danger,” he said. “It was an adventurous show in many ways.”

In an interview with The Late Late Show with James Corden, Ulrich said James Hetfield as “livid” after the performance.

“In the heat of the battle, you’re out there, you’re playing, you don’t really know… So you just got to keep playing. We get off stage, we get back there, and I haven’t seen him like that in 20 years. I mean, he was livid,” Ulrich said.

“He’s aged really well and he’s a pretty chill guy, but the first five or ten minutes in that dressing room was not a lot of fun.”

However, the band really enjoyed their performance with Gaga. Lars Ulrich declared Lady Gaga as the “quintessential fifth member” of Metallica in an interview he did with Rolling Stone.

“Her voice, her attitude, her outlook on everything is so awesome,” Ulrich said. “[The performance] was so effortless and organic and she just has the spirit of hard rock and metal flowing through her veins. It comes really easy for her. There's nothing contrived; she just has this super warm, easy energy.”

Metallica will be joined by Avenged Sevenfold, Volbeat and Gojira for a massive U.S. tour starting in May where they'll be performing songs from their latest album, Hardwired…To Self Destruct, as well as classics. Tickets will be available for the general public beginning Feb. 17 at 10 a.m. local time here.

Check out the dates for this not-to-miss tour below!