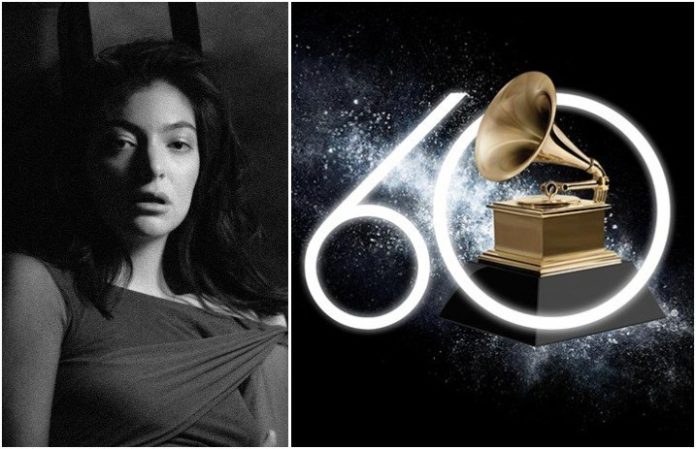 However, he has shared a new statement, saying he regrets using the words “step up.”

“Sunday night, I was asked a question about the lack of female artist representation in certain categories of this year’s Grammy Awards,” he said in a statement to Variety. “Regrettably, I used two words, ‘step up,’ that, when taken out of context, do not convey my beliefs and the point I was trying to make.”

He continues, saying: “Our industry must recognize that women who dream of careers in music face barriers that men have never faced. We must actively work to eliminate these barriers and encourage women to live their dreams and express their passion and creativity through music. We must welcome, mentor, and empower them. Our community will be richer for it.

“I regret that I wasn’t as articulate as I should have been in conveying this thought. I remain committed to doing everything I can to make our music community a better, safer, and more representative place for everyone.”

In his original statement, he says women need to “step up” because he “thinks they would be welcome” in the industry on the executive level.

“It has to begin with… women who have the creativity in their hearts and souls, who want to be musicians, who want to be engineers, producers, and want to be part of the industry on the executive level… [They need] to step up because I think they would be welcome,” he says.

“I don’t have personal experience of those kinds of brick walls that you face but I think it’s upon us — us as an industry — to make the welcome mat very obvious, breeding opportunities for all people who want to be creative and paying it forward and creating that next generation of artists.”

However, even though Portnow has clarified his statement, it's still clear the Grammys are in need of a change. #GrammysSoMale was a major topic of discussion, and for an obvious reason. All the Album Of The Year nominees were invited to perform solo during the awards show, but Lorde was not asked to perform her own music. And the only award a woman accepted during the live broadcast was Best New Artist winner Alessia Cara.

In a new study published by USC Annenberg, they found that out of the 899 individuals nominated for Grammy Awards between 2013 and 2018, 90.7 percent were male and only 9.3 percent were female.