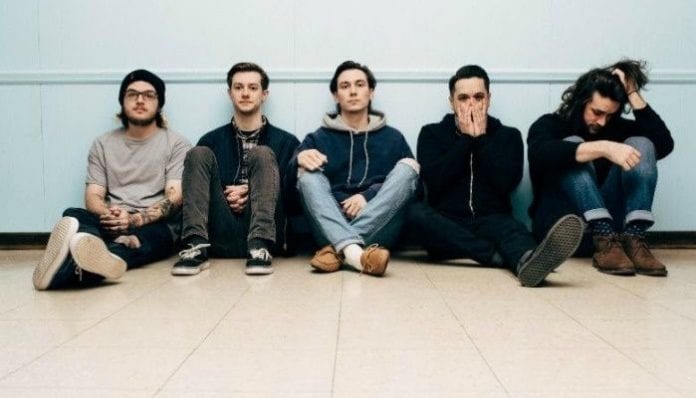 Grayscale have been teasing out a new video and today they officially dropped their latest single, “Painkiller Weather.”

The new single has fans ecstatic for a new record but at the moment there’s no official announcement.

“‘Painkiller Weather’ is a song about being hopelessly in love with someone who can’t put love in front of their vice,” the band said in a statement. “It’s about trying to understand how they think and feel what they feel. We’re excited to have new music out for the first time in two years.”

The song may have a very dark theme but it sounds the exact opposite with a melodic happy tone that will be stuck in your head. Check out the video below.

The band teased the single to fans back in April in the most hilarious way possible. Fans received tiny, crumbled up strips of paper in the mail containing nothing more than a simple password.

The band tweeted out “#grayscaleAA” which for those out of the loop means Grayscale All Access, a group for the band’s fans to receive exclusive access to merch, photos and more.

Fans were baffled when they received an envelope with nothing more than a tiny strip of paper saying “painkillerweather.” The band ended up choosing Earth Day of all days to waste paper, but fans were happy nonetheless.

Once fans clicked a link they were sent via email and entered the password, they were given a 48-second preview of the new single.

Luckily, they don’t have to keep revisiting the preview now and can enjoy the whole song.

What do you think of Grayscale’s new video? Let us know in the comments below.