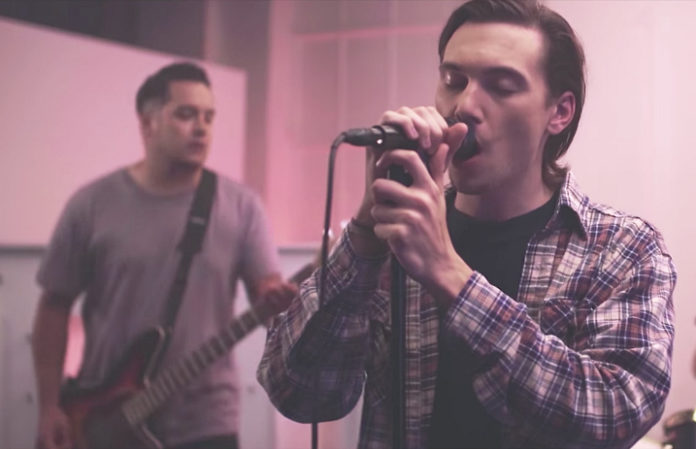 Philadelphia-based Grayscale have debuted a music video for their Punk Goes Pop cover of Justin Bieber’s “Love Yourself,” sharing a message of self-love through their original take on the song.

“We wanted to take the meaning of the song and extract the ‘love yourself’ from a literal standpoint out of it and make it about self-love,” vocalist Collin Walsh explains.

Give the video a watch below.

Read more: Grayscale and As It Is’ Patty Walters give us a look at life on tour in new music video

The band, who are already fans of Bieber’s record Purpose, wanted to find a new way to make the cover truly theirs, rather than simply a replica of the original. Besides simply the full band sonic difference, they also extracted a different meaning, reworking the message from the ground up—with a focus on positivity and self-love.

“The message to gather is that Grayscale is a family. Everybody has their shit and has their problems, but you’ve got to just come together,” Walsh says. “We’re a family and community. Our fans look out for each other. Everybody struggles with shit—us included—so we just wanted to make that known.”

The music video features the band and listeners removing their negative labels on sticky notes and adding them to a wall, which ultimately ends up forming Grayscale’s clover symbol—a sign that fans aren’t alone, since everybody is a part of their Grayscale family.

“Everyone handles their labels and insecurities differently, so whether you own it, or whether you want to rewrite it and make it your own label and label yourself in a better way. However you go about it, that’s okay,” Walsh explains.

“Everybody does that. That’s what makes us, us, and that’s how we are. The members of Grayscale, we all have our own shit, and I think that was the whole point of the clover mural at the end, consisting of everybody’s things. It was a metaphor in a way—everybody being a part of our family.”

To celebrate the release of the newest Punk Goes Pop compilation, Grayscale took to the APMAs stage to perform their cover of Bieber’s hit song. Give that performance a watch below!

What are your thoughts on Grayscale’s moving new music video? Let us know in the comments below!