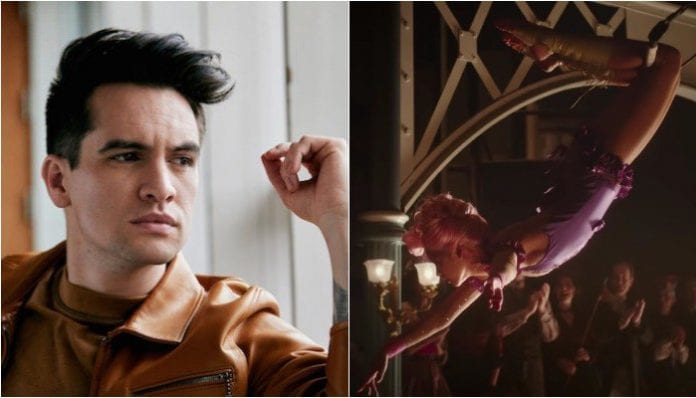 Read more: Brendon Urie had the most amazing response to Halsey being bullied at school

While the original soundtrack was stellar, stars quickly hopped on the opportunity to be on the revisited version of one of the highest-grossing albums of 2018. Joining Panic! At The Disco will be Kesha, Missy Elliot, P!nk, Years & Years, Ty Dolla Sign, Kelly Clarkson and many more. The Greatest Showman — Reimagined will be out Nov. 16 via Atlantic Records.

Panic! At The Disco will open up the album with their rendition of “The Greatest Show.”

“They sent that song over and said, ‘We think you should sing this,'” Urie says of the track in a story with Variety. ‘And I heard it and I was like, ‘This sounds like a Panic! song. You guys did a Panic! song better than I’ve ever done a Panic! song. So I would love to.'”

Atlantic’s president, Kevin Weaver recalled how the music resonated with people all across the world and how he got to thinking about the reimagined version.

“It felt like it warranted something much more significant and robust, Weaver says. “Then you had people like P!nk and Selena Gomez and other artists who were on social media posting themselves dancing to and singing the songs. And that was part of kind of what went into my epiphany that we have something that’s not only connecting with the masses, but it’s connecting with artists.”

We are so glad they decided to make that personal connection into a musical reality for so many artists. Check out the full tracklisting below.

Check out the trailer for the film below.

What do you think about the reimagined Greatest Showman soundtrack? Sound off in the comments below!