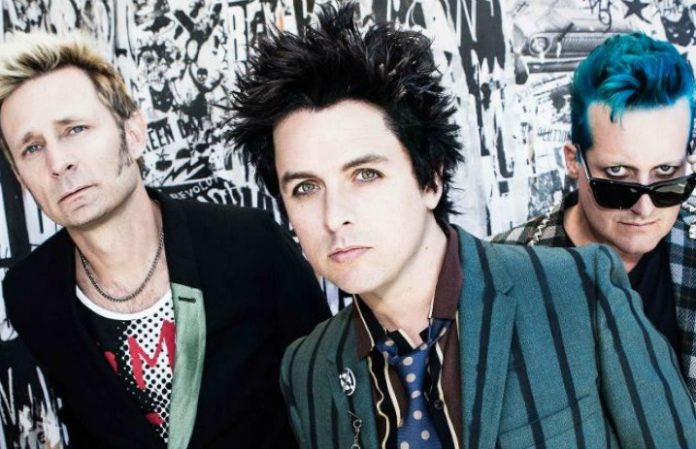 Green Day's Billie Joe Armstrong is going way back with his latest Instagram post—all the way back to when he was a budding 5-year-old musician! Check out Billie Joe's totally nostalgic studio pic down below.

As hardcore Green Day fans are aware, Armstrong was cutting tracks from a very early age: At just 5, the future pop-punk superstar recorded the tune “Look For Love” for a Bay Area label called Fiat Records.

The woman Billie Joe cites as the inspiration for his childhood singing career is identified in the photo as Mrs. Fiataroni. Check out a 5-year-old Billie with Fiataroni and an unidentified studio engineer in the cute pic:

In the pic's caption, Armstrong reveals that the very same studio where he tracked “Look For Love” as a 5-year-old musical prodigy is where Green Day would eventually end up recording their hit album Dookie.

Bille Joe says: “sooo. here's a fun story. the amazing woman in this photo is Mrs Fiataroni. she basically taught me how to sing. this is a picture of us in 1977 at fantasy studios in Berkeley ca. I was 5 years old. I recorded a record called 'Look for Love'. 16 years later Green Day recorded Dookie in the same studio. (dude on the right was the engineer)“

Were you aware of the Green Day frontman's early singing career? What do you think of his first recorded composition, “Look For Love”?

Let us know your Billie Joe thoughts in the comments!