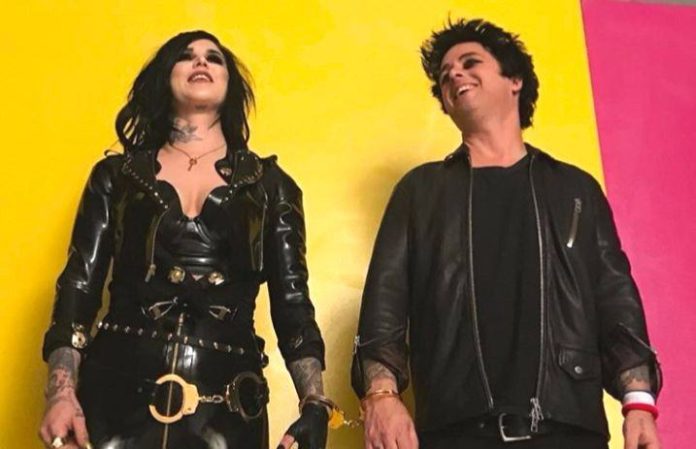 In one of the most punk beauty collabs, well, ever, it looks like Green Day’s Billie Joe Armstrong and beauty pro Kat Von D are collaborating on a new eyeliner, properly titled “Basket Case.”

Read more: 11 reasons why a Green Day show is like no other

While the product has yet to be announced, there is plenty of behind-the-scenes footage on Kat Von D Beauty’s Instagram story that proves this “Basket Case” liner collab is going to be a must-buy.

That tweet basically sums up our reaction to this collaboration, too. Check out some more images below!

And fans are stoked to give the “Basket Case” liner a try:

Billie Joe Armstrong is collabing with KVD on an eyeliner. pic.twitter.com/URueeYfvEY

Kat Von D and Billie Joe Armstrong are collaborating to make an eyeliner. Day has been made! Expecting it to be as black as the devil's soul

Well you god damn know I need an eyeliner that was made by kat von d and Billie joe Armstrong in my life. It’s called #basketcaseliner ��

Yep, we'll be ordering five liners as soon as they’re released. (Maybe more…) We’re just ready for our liner to look as good as Billie Joe’s.

How stoked are you for this beauty collaboration of epic punk proportions? Let us know in the comments below!