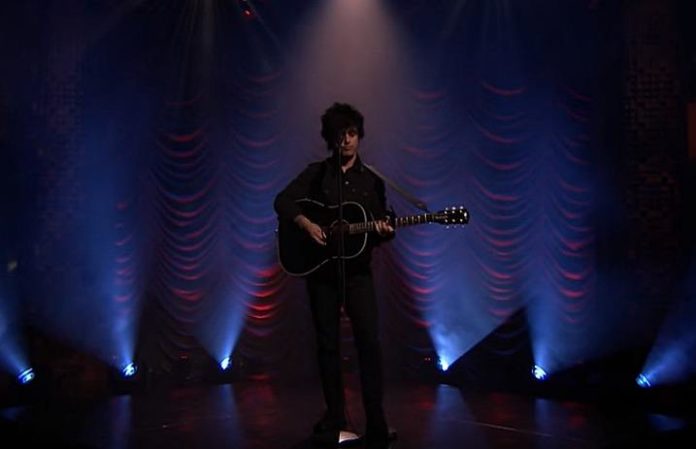 Read more: 11 reasons why a Green Day show is like no other

This catchy track comes from Revolution Radio, Green Day's most recent album release that debuted at No. 1 around the world. The album earned 95,000 album units in it's first week of sales, scoring the top spot on Billboard's 200 shortly after the Oct. 7 release date.

Green Day recently finished their Revolution Radio world tour run and will be performing at the Global Citizen Festival this weekend in Central Park in New York City.

Check out Billie Joe Armstrong's performance of “Ordinary World” below.

Did you catch Billie  Joe's performance last night? Let us know in the comments below.