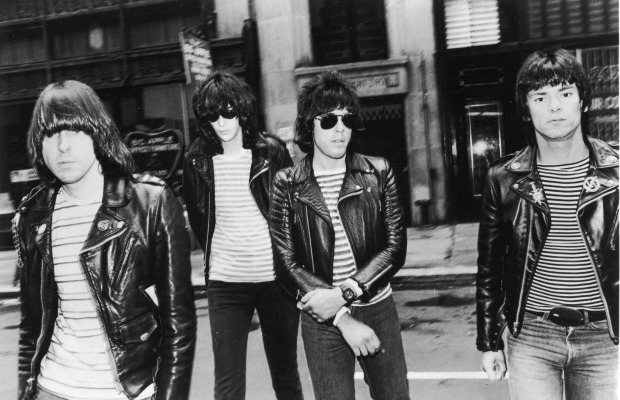 Enjoy The Ride and Sony Music have teamed up to re-release a previously out-of-print Ramones tribute album, which features the likes of Green Day, Marilyn Manson, Rob Zombie and Metallica, among many others.

Originally released in 2003—but of out-of-print for some time—”We're All A Happy Family,” the Ramones tribute, is now back on vinyl as of today.

The first of the 2xLP colored vinyl (which include two bonus tracks), pressed at 45RPM for optimal sound quality, in Red/White/Blue Swirl can be found here now. The second variety, Zombie Green, will be available at Barnes & Noble on Sept. 23. Check out both colors below, along with a tracklisting and more photos of the re-release. Swirl is limited to 750 copies, and Zombie Green is limited to 1250.