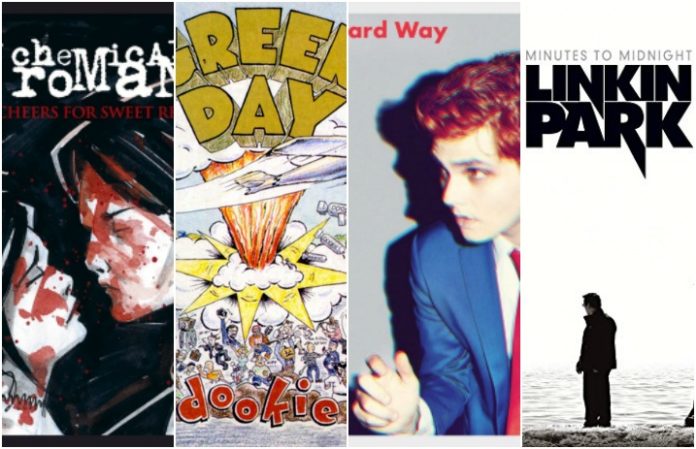 Warner Bros. Records is making all of our dreams come true: They have announced a series of exclusive limited edition 12″ vinyl picture discs under the banner of the Picture This series, which will include limited edition pressings of some of their best selling titles.

Those include Green Day’s Dookie, My Chemical Romance’s I Brought You My Bullets, You Brought Me Your Love and more.

Read more: 11 things you might not know about MCR’s I Brought You My Bullets…

The vinyl records will be released Sept. 29, and what’s even cooler is that each title has never been available in this format before.

You can shop these modern classics at your local record shop or preorder online here.

See the full list of their first round of rereleases below:

My Chemical Romance:
I Brought You My Bullets, You Brought Me Your Love (Originally released 07/23/02)
Three Cheers For Sweet Revenge (Originally Released 06/08/04)

Linkin Park:
Minutes to Midnight (Originally released 05/11/07)
*Will be released on October 13

The Head and the Heart:
Signs of Light (Originally released 09/09/16)
*Will be released on October 20

What record (or records) are you most excited to pick up? Let us know in the comments below!