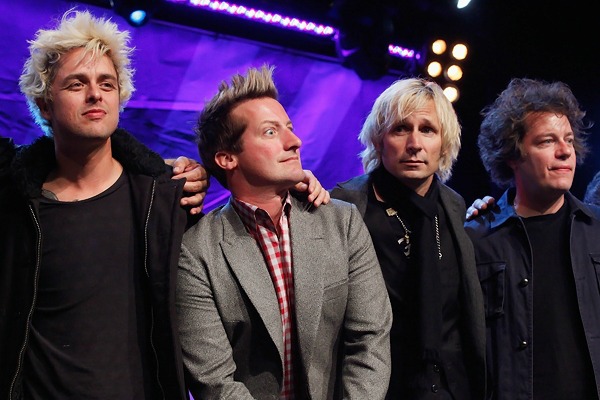 Green Day will reportedly induct Guns 'N Roses into the Rock And Roll Hall Of Fame at the Apr. 14 ceremony in Cleveland.

It's unclear who in GNR will be attending, given the band's tumultuous history:

“'Everyone has been asking me what's going to happen [at the Hall of Fame],” Slash told Rolling Stone earlier this week.  'And they know as much as I do. I feel you're totally obligated to be present and I would love to fucking play, but it's just something that's not gonna happen for whatever reason.' Relations between Rose and Slash remain, to put it mildly, strained. 'He hates my guts,' says Slash. 'It's over a lot of different stuff; I don't even know. There's just no communication between us. I talk to Duff and Steven, but when it comes to old Guns N' Roses, there really isn't anybody that makes decisions.'”