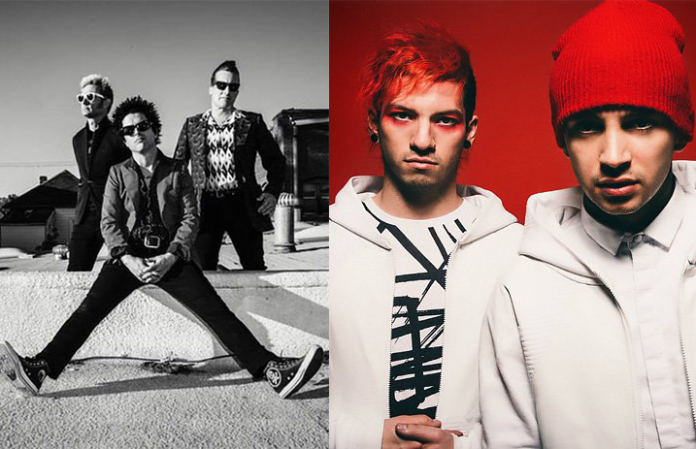 Last night's American Music Awards (AMAs) was an exciting one to say the least. Not only did Twenty One Pilots take home an accolade for Favorite Pop/Rock Duo or Group, but they also graced the stage with an unforgettable meledy of “Stressed Out” and “Heathens.”

As if that wasn't enough, Green Day proved they are back and better than ever with literally an explosive performance of their single “Bang Bang.”

Read more: 9 bands who have performed under different names

Green Day and Twenty One Pilots are no strangers to awards shows lately. The former won MTV's Global Icon Award at this year's EMAs (and performed “Bang Bang” and “American Idiot”) while the latter won Best Live and Best Alternative at the EMAs. Twenty One Pilots also were awarded with the Révélation Internationale De L'année (International Revelation Of The Year) award at the NRJ Music Awards, at which they also performed “Ride.”

Arguably the best moment of the night, here's Twenty One Pilots rocking out to Green Day:

Watch both of the AMAs performances below, and be sure to leave us a comment with your thoughts! (And check out Travis Barker's performance with Halsey here.)